The recognized crypto analyst and chartist, Peter Brandt, wrote a tweet in which he shows that Bitcoin could eventually reach $100,000. He commented that the most popular virtual currency is currently experiencing its fourth parabolic phase that dates back to 2010. Bitcoin has recently surpassed $10,000.

According to Peter Brandt, Bitcoin is currently entering a new parabolic phase, the fourth one since 2010. As he explained in a tweet uploaded on June 21st, Bitcoin could be simply targeting $100,000 at the beginning of 2021.

“Bitcoin takes aim at $100,000 target. $btcusd is experiencing its fourth parabolic phase dating back to 2010. No other market in my 45 years of trading has gone parabolic on a log chart in this manner. Bitcoin is a market like no other.” 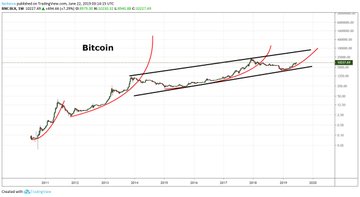 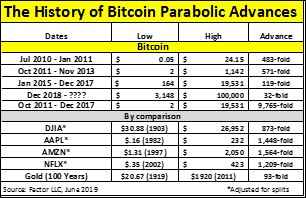 Bitcoin takes aim at $100,000 target. $btcusd is experiencing its fourth parabolic phase dating back to 2010. No other market in my 45 years of trading has gone parabolic on a log chart in this manner. Bitcoin is a market like no other.

During the last few hours, Bitcoin has also experienced a massive price increase that allowed it not only to surpass $10,000 but also $11,100 in some exchanges. This behaviour experienced by Bitcoin raised some concerns to Mr. Brandt that wrote another tweet in which he said that the “Obnoxious-Twitter-Millennial-Index” (OTMI) is currently registering extreme FOMO (fear of missing out). This means for him that it is a moment to consider taking some money off the table. 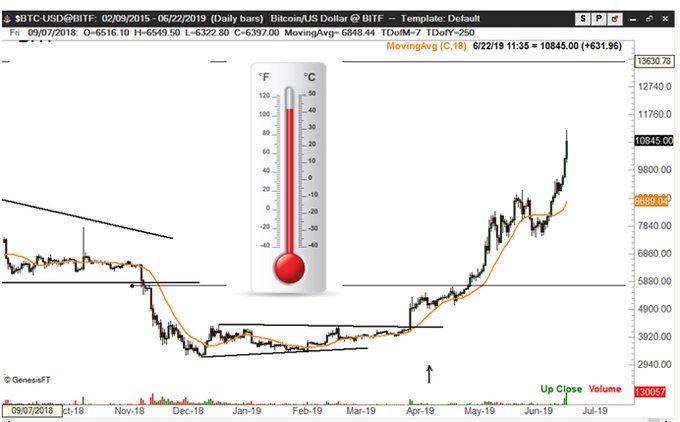 The “Obnoxious-Twitter-Millennial-Index” (OTMI) is registering extreme FOMO. That is always a sign to consider taking some money off the table.

Moreover, during a conversation with Yahoo Finance, Brandt said that it is not difficult to think about a massive crash after such a long parabolic price increase in Bitcoin.

At the time of writing, CoinMarketCap shows that Bitcoin is being traded around $10,600 and it has a market capitalization of $188 billion. Other digital currencies are also registering gains in the last 24 hours, showing that the positive sentiment has reached most of the crypto projects in the space.

In December 2018, Brandt mentioned that Bitcoin could see a new all-time high this year if it was able to break from 2018’s downtrend. In May 2020, Bitcoin is going to be experiencing a halving, which is expected to have a positive effect on Bitcoin’s price.

For over two years, UseTheBitcoin has done the research, covered the news, and helped readers find the best blockchain projects. The one thing we keep coming back to is Binance.

Binance has set itself apart as the best trading platform for beginners and experienced traders, and gives you hundreds of coins to invest in. Start trading today on Binance!