Thomas Lee, the Co-founder of Fundstrat, well-known for his Bitcoin price predictions and in-depth understanding of the Bitcoin markets, tweeted about the relationship between emerging markets and the price of Bitcoin. According to his tweet, Bitcoin needed to pump up to $10,000 to $20,000 to catch up to the equities.

“CRYPTO (1/2): earlier this year, we noted the “macro” factors such as rally in risk assets plus USD no longer surging are tailwinds 4 $BTC #bitcoin
Chart shows EM in 2018 pulled down $BTC. Notice especially how #bitcoin tried to diverge in late 2018 but ultimately succumbed” 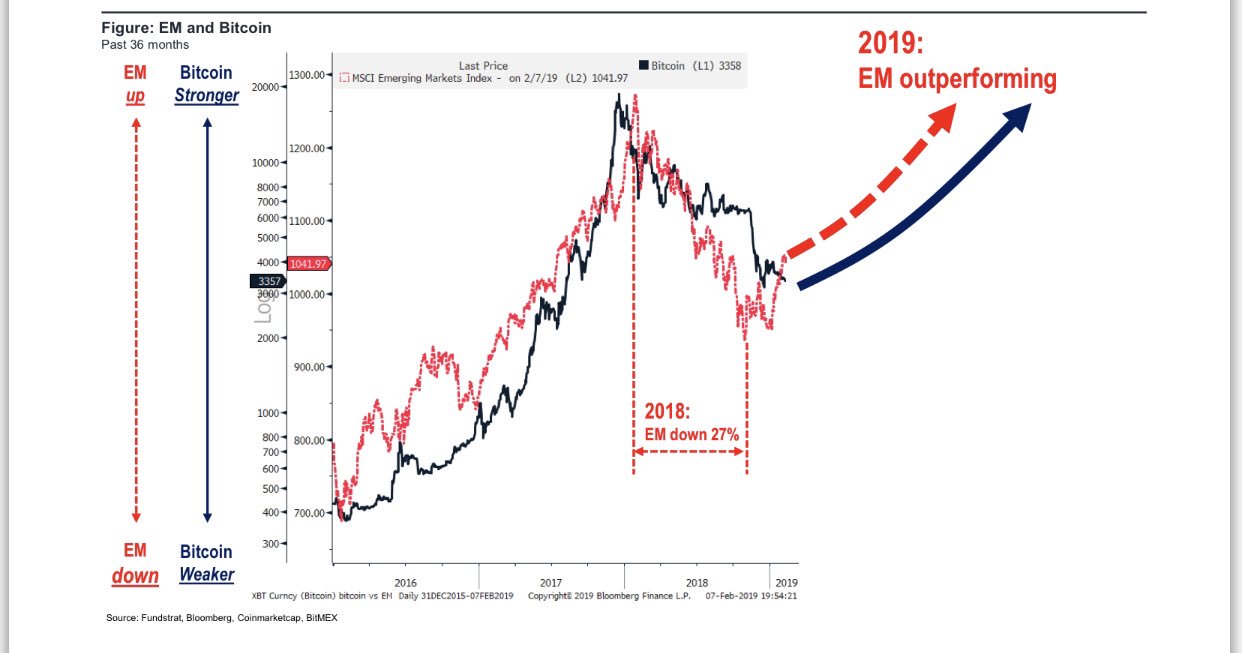 According to Tom Lee, the price of Bitcoin was facing tailwinds from rallies in risk assets as well as the US Dollar not surging. If the USD surges, the ratio of BTC/USD pair would be reduced. Tom Lee also elaborated on the relationship between emerging assets [EM] and the price of Bitcoin.

Lee implied that EM pulled the price of Bitcoin down, causing the divergence in the chart attached above. However, EM succumbed and finally crossed the price.

Tom Lee’s tweets on EM and Bitcoin price suggest a correlation between the two. From the assumption, since the EM is above the price and rising, this suggests that Bitcoin is bullish and is facing tailwind.

Lee posted the second part of the thread,

According to Lee, Bitcoin needs to pump by approximately 185% to reach its ideal standard deviation. If the coin does so, the price of Bitcoin would be $19,635 if it undergoes the same rally and reaches its standard deviation of 2.04.