After last week’s price drop, investors have become optimistic in the positive short-term trend of crypto.

The new bull run is being led by Bitcoin, which has managed to regain and exceed its former bottom of $6,000.

According to the data provided by Bitfinex, BTC against Tether (USDT) exceeded $7,700. This unexpected surge in the price of Bitcoin was formed due to the drop in the price of Tether. The same situation was witnessed on several other exchanges, all of which offer Tether trading on their platforms.

Bitfinex and Tether share a unique connection, due to the fact that Bitfinex reportedly operates Tether LLC — the company that oversees USDT development. Some reports claim that Bitfinex failed to properly audit Tether, which has caused a massive premium for coins such as Bitcoin.

Due to numerous issues with Tether, like rumors of USDT not being entirely backed by the USD, a lot of investors have sold off their USDT.

@Tether_to is collapsing and cryptos are pumping!! People panic selling USDT? Hope you all got rid of #USDT already. Wouldn’t touch them with a ten-foot pole right now… https://www.cryptofeesaver.com/exchanges/result/USDT+BTC …

After abandoning Tether, many have turned to alternative stablecoins such as TrueUSD (TUSD), as well as regular cryptocurrencies.

As a result of a dump, USDT has seen a significant price drop, which has left the dollar-backed coin’s price below $0.96. This move was followed by the formation of a premium against USDT on most Tether-supporting exchanges. 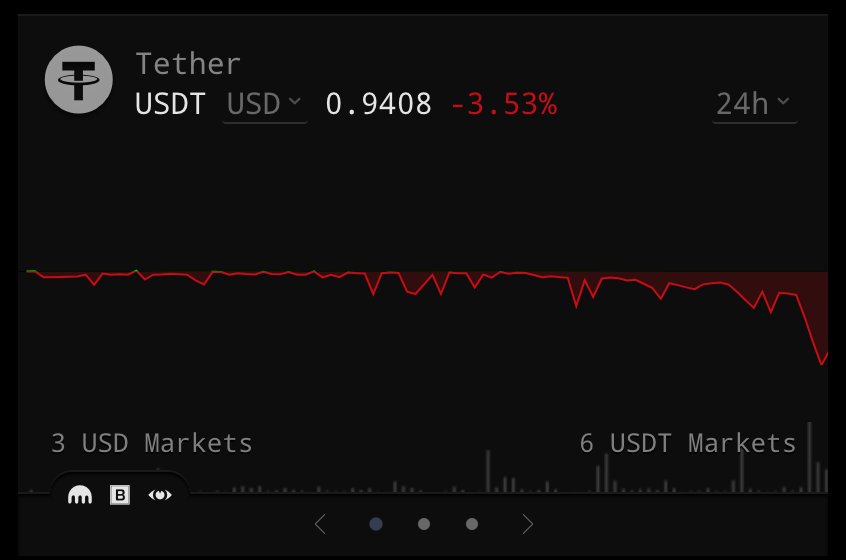 What a time to be alive. #USDT

Since most of the trading seems to be done on Bitfinex, this is also where the largest premium has formed.

Exchanges like OKEx and Binance have also seen significant price surges, with BTC reaching around $7,000 on their platforms. However, Bitfinex still leads with the highest BTC price of $7,700.

While a large number of investors have seen this development as a start of a new bull run, many have warned that the new situation should be approached with caution.

price is up, sure, but no reason to be bullish until @bitfinex re-opens banking and this nonsense can be arbed

Despite the current situation with Tether, many believe that Bitcoin has entered a genuine bull run. In less than 24 hours, BTC managed to regain its former price of over $6,600 after a $400-large increase. At the time of writing, BTC’s exact price is $6,675.51, with a 5.39% increase.

However, there are also those who claim that the new BTC surge did not occur because of Tether oversale. Instead, they believe that algorithms in Asia have increased it with large cash injections. In fact, some claims say that these cash injections are the very reason why Tether is performing so badly right now.

While there are still quite a few things to be explained regarding the current situation, the truth is that a lot of investors simply do not care about the reasons behind the change.

BTC volume has grown from $3 billion to $4.8 billion in less than 12 hours, and cryptocurrency investors are using the opportunity to generate extra profit. At the same time, many are hoping that this is the start of a bull run that will bring BTC back to $20,000, but most analysts agree that it would take a major catalyst for a breakout of that size.

Meanwhile, a new Medium post published by Bitfinex states that the exchange will temporarily pause fiat deposits for USD, GBP, EUR, and JPY. While fiat and crypto withdrawals have been and will continue to be, processed without issues, deposits will be paused for certain users until a new system is set in place. Bitfinex claims that deposits will return within 24 hours, making them possible once again by Tuesday, October 16.

This May Be the End of Bitfinex, One of the Biggest Exchanges in Crypto