Sunday, Oct. 21: crypto markets have seen a slight rebound today, with 19 out of the 20 top cryptocurrencies by market cap in the green, and Bitcoin (BTC) back to trading above $6,500, according to CoinMarketCap.

Most of the top 20 cryptocurrencies have seen a slight growth within 0.5 and 2 percent, while Bitcoin Cash (BCH) and NEM (NEO) have seen more gains today, up 2.4 and 4.5 percent over the past 24 hours respectively. 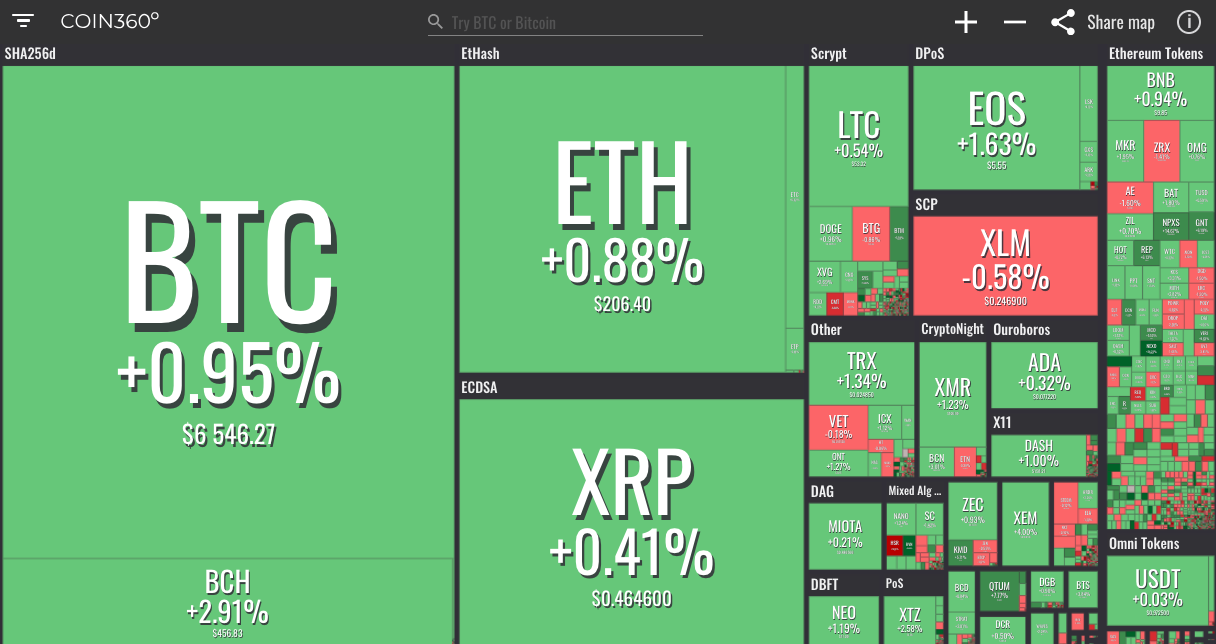 Bitcoin has seen growth within the day, up almost 1 percent over the past 24 hours, and having been trading above $6,500 for most of the day. The major cryptocurrency is trading at $6,539 at press time, which constitutes 3.2 percent growth over the past 7 days. 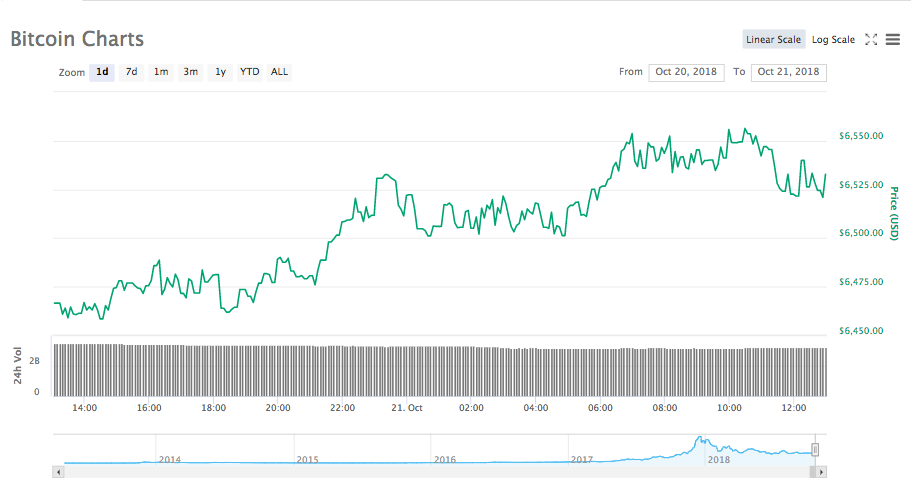 Ethereum (ETH), the second largest cryptocurrency by market cap, is also up almost 1 percent over a 24 hour period and trading at around $207 at press time. After having dipped to as low as $195 on Oct. 14, the major altcoin has seen a rebound of 3.7 percent over the past 7 days.

Yesterday, Ethereum core developers “officially” agreed to postpone the planned “hard fork” Constantinople until at least January 2019, also having concluded that the upgrade of the network is rather to be called an “update” instead of a “hard fork.” 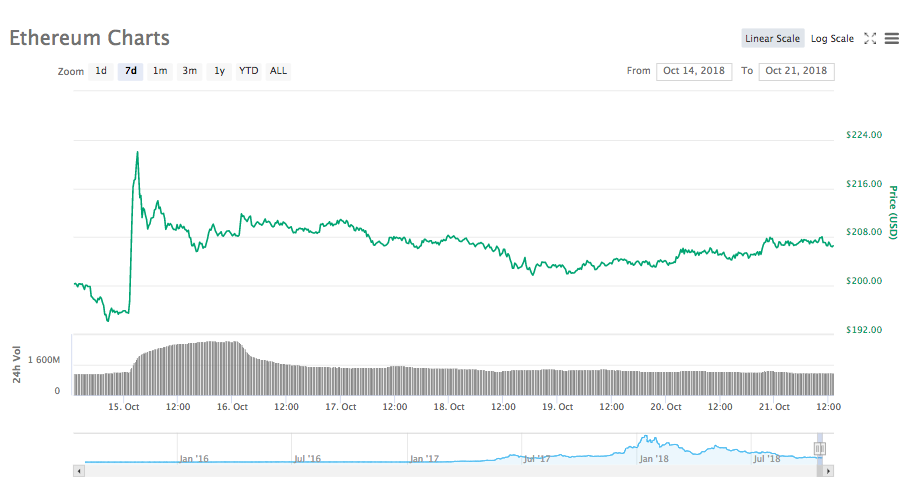 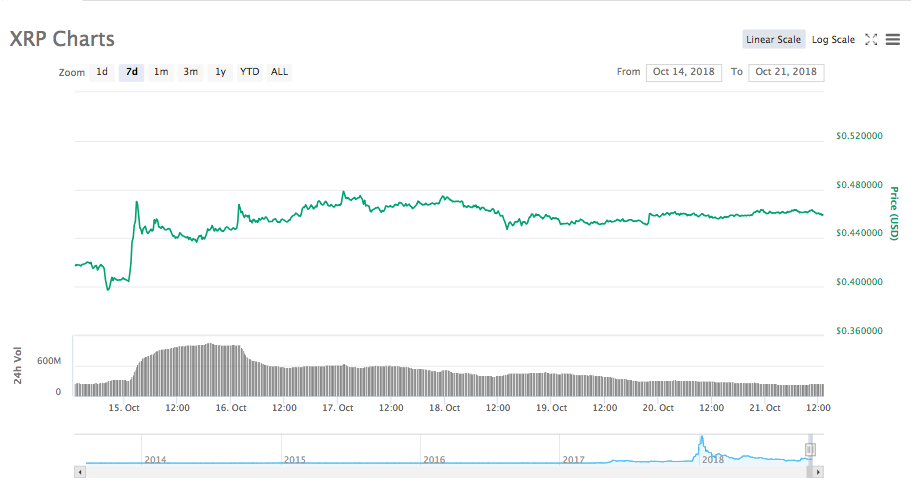 Total market capitalization has seen a slight influx over the day, up from $209 billion to $210 billion at press time. Since the rebound that followed the drop-off of crypto markets to as low as $199 billion on Oct. 14, the market cap has been remaining stable, hovering around $210 billion over the week.

Daily trade volume is still around $9 billion, following a drop below the $10 billion threshold yesterday. The total number of all cryptocurrencies listed on CoinMarketCap amounts to 2,112 at press time.

Bitcoin trading group Whalepool have claimed that Bitcoin’s volatility is “unfairly” low in their tweetfrom Oct. 21, pointing to the BTC/USD volatility chart.

In early October, Cointelegraph reported that Bitcoin had reached a 17-month low volatility rate, with its highest level of stability since the middle of 2017. Following the price stagnation, Cointelegraph has published an expert analysis on Bitcoin’s historical lows on volatility, as well as the dynamics in 2018. Sunday, Nov. 4: crypto markets have seen a lot movement today, with most of the top 20 coins by market cap seeing significant growth, and…