The crypto markets are in the green again after hitting monthly lows this week, with Bitcoin (BTC) back over $8,000 by press time according to data from CoinMarketCap, following the Bank of England’s positive comments to G20 members that crypto poses “no risk” to the stability of the global economy. 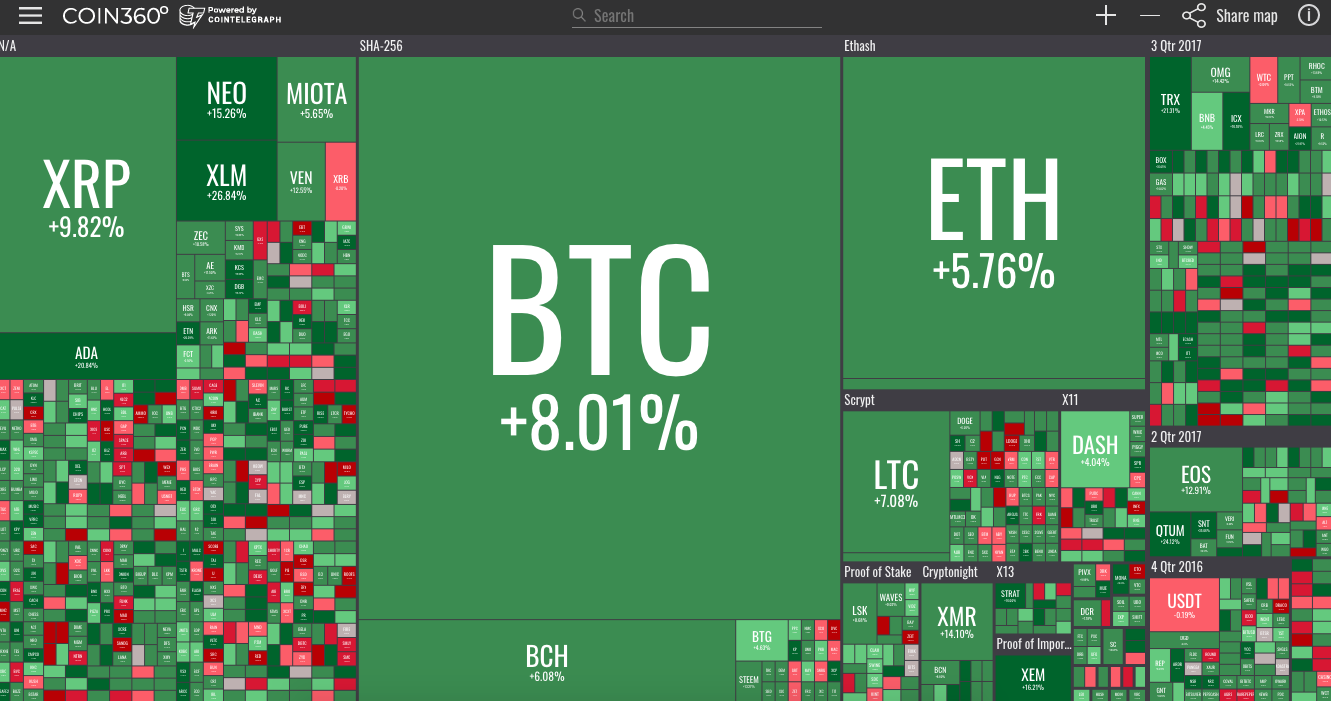 BTC is currently up almost 8 percent over a 24 hour period, trading at around $8,300 by press time. Bitcoin’s market dominance continues to steadily grow, reported at 44.5 percent by press time.

Early morning March 19, Ethereum (ETH) also jumped in price to break above $500, after dropping below that mark March 18 for the first time since December 2017. ETH is now trading at around $532 and up almost 6 percent over a 24 hour period by press time. 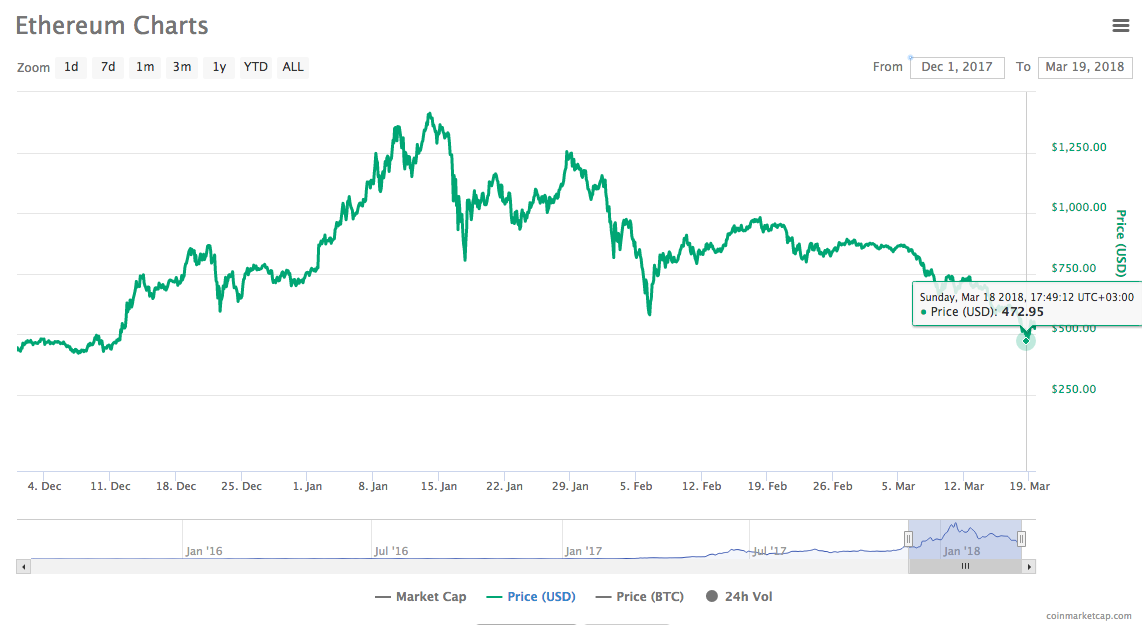 ETH’s drop below $500 could possibly be attributed to a dump of 50,000 ETH on crypto exchange Bitfinex, according to Twitter-famous crypto enthusiast WhalePanda: