Government agencies all over the world scrutinize ICOs and their associated tokens. The SEC is an excellent example of the most recent developments taking place. Chairman Jay Clayton is seemingly convinced all tokens will be subject to regulation. That may prove impossible to enforce.

Jay Clayton has a Unique View

SEC Chairman Jay Clayton wants to regulate all tokens in the cryptocurrency industry. In his opinion, any security labeling itself as a token will be scrutinized quite significantly. That in itself is not necessarily bad,  as a lot of tokens are effectively securities first and foremost. As such, they need to be treated as such and be subjected to the existing financial regulation. 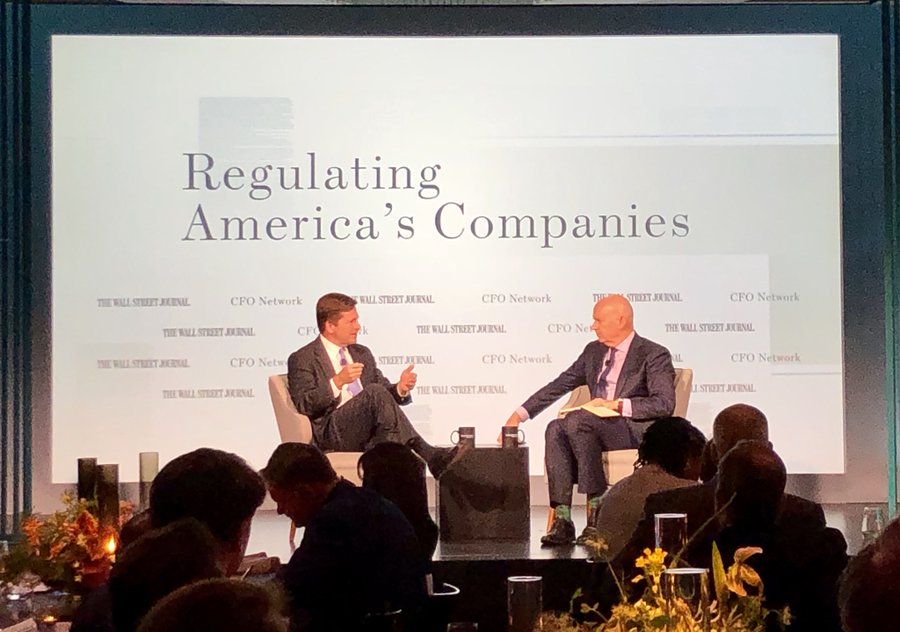 SEC Chrmn Jay Clayton tonight at #WSJCFO conf: “It made me unhappy that people thought that by calling it a #token it was somehow exempt from regulation. Let me be clear it does not.” I respectfully disagree with such a sweeping generalization. @WSJ #ICO #utilitytoken #blockchain

Moreover, the SEC has cracked down on a few of these securities already. Centra, for example, tried to label its tokens as a utility token, even though it clearly wasn’t As such, the SEC has put this project on its radar, which had all sorts of consequences. It is this approach James Clayton seems to advocate for, which can only be considered to be a good thing.

Additionally, there are a fair few scams in the token industry. Cracking down on such illicit schemes will also be a big priority for James Clayton and the SEC. Doing so is not easy by any means, though. Since so few companies and exchanges self-report to the SEC in this regard, a slightly worrisome situation has been created. Legitimizing the token industry will take some time.

Are all Tokens a Security?

That will remain the big question people want to see answered. According to the SEC’s own rules, not all tokens can be securities. There is a difference between a security and a utility token, as these two categories need to be separated and defined quite clearly. Even in the cryptocurrency and ICO industry, utility tokens exist and come in many different forms.

Some examples of utility tokens include Ethereum’s Ether, DENT, Siacoin, and so forth. All of these tools provide access to a native ecosystem yet there are no guarantees they will increase in value. Most utility tokens also have a finite supply, but that is no longer a defining characteristic. More importantly, if the native ecosystem for the utility token fails, so will the token itself.

For token securities, the underlying technology is of less importance. It seems to mainly focus on driving up the value of the token regardless of any infrastructure to speak of. A token sale is not a security sale by default, although companies need to be more open about their actual intentions. Utility tokens can be sold through an ICO, but that doesn’t make them securities by default. James Clayton and the SEC will have their work cut out for them to sort out the differences.

SEC Chairman: Tokens are Not Exempt From Regulation, Expresses Discomfort