Bitcoin (BTC) is the 21st century’s version of tulip mania. That’s the argument that cryptocurrency cynics have lobbed at BTC since its earliest years in circulation. But, more and more evidence is showing that crypto assets, especially Bitcoin, are much more than a flash in the pan, and will instead be a revolutionary technology that will change paradigms. Let’s look at the argument for this thesis.

Due to their lack of viable uses, the tulip bubble of years gone by (1636 and 1637) has long been touted as the epitome of speculative phenomena. For those unaware, during the years 1636 and 1637, the value of tulip bulbs, which, of course, have no use in consumers’ day-to-day lives, exploded, rising parabolically from zilch to sky-high levels. Sound familiar?

Yes, but not really. While Bitcoin has seen a handful of parabolic rallies in its decade-long history, the most recent event of this kind, which took place in 2016 and 2017, saw BTC hit the mainstream for the first time. But many traditionalists didn’t take nicely to the cryptocurrency’s run from obscurity to world-renowned fame, quickly jumping on anti-Bitcoin bandwagons, touting the “modern tulip bulb” argument.

But this may be far from the case. As Twitter commentator Moon Capital recently noted, if BTC continues to see a bullish reversal, skeptics will be unable to claim Bitcoin is following directly in the footsteps of assets that surged, collapsed, and then dwindled to zero with time. 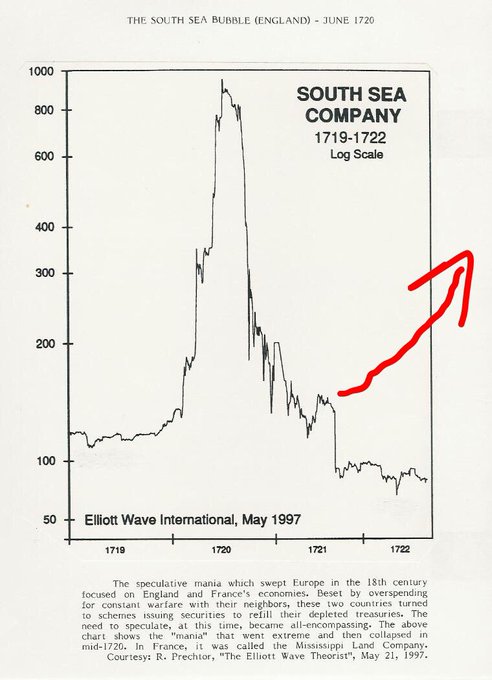 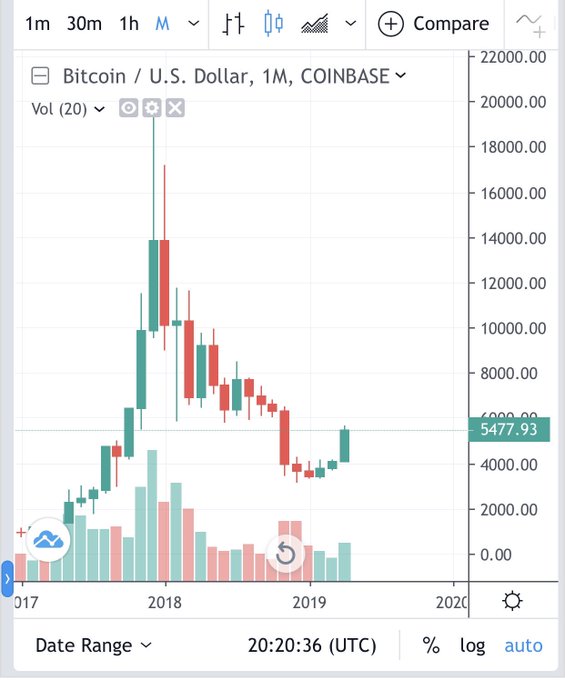 So yes, Bitcoin’s chart structure is starting to differentiate itself from every bubble ever. But what else is going for the argument that BTC isn’t some worthless asset? Well, on-chain statistics, that’s what.

As Interchange co-founder Dan Held recently pointed out, Bitcoin might just be a financial experiment, but it’s been widely successful in its role as a digital asset. As Held notes, since BTC came into being one fateful decade ago, the protocol has processed 400 million decentralized, censorship-resistant, international, and low-fee transactions.

What’s more, Bitcoin has a hefty $94 billion market capitalization, making it the world’s 12th largestbase money, according to a chart from Crypto Voices. This simple, jaw-dropping fact is only made even more impressive that the cryptocurrency was entirely issued by a distributed network built on top of the values of game theory, and confined by monetary rules chosen and imposed by the pseudonymous Satoshi Nakamoto. Not so tulip-sounding anymore, right?

The “experiment” Bitcoin has been wildly successful since its inception 10 years ago:

Now its on the verge of being adopted by institutional traders.

How could you not be bullish on Bitcoin?!

Fidelity Investments, one of America’s most well-known finance giants, recently launched its own Bitcoin custodian service, thus opening the door to the cryptocurrency landscape for its 20,000 institutional clients.

The Intercontinental Exchange, through Bakkt as its medium, and the Nasdaq are both expected to launch Bitcoin futures contracts, which could begin to encroach on the hegemony the CME has in that arena. And a number of retail brokerages, including both E*Trade (five million clients) and TD Ameritrade (11 million clients), are expected to soon offer spot BTC trading on their respective platforms, potentially catalyzing widespread adoption.

And while some argue that this is only a bid to capitalize on a trend, this interest in Bitcoin from some of the biggest names in finance arguably confirms that BTC is more than a passing fad.

What’s Next For Bitcoin?

But that begs the question — if Bitcoin isn’t the latest speculative asset in the history of such assets, what is in its future?

While BTC and the technologies derived from it are seeing use outside of being a day-to-day currency, some are sure that Bitcoin will inevitably become a ubiquitous form of money that is a unit of account, a medium of exchange, and arguably most importantly, a store of value. As Brendan Bernstein, the founder of Tetras Capital explains, the “perfect storm” for the widespread adoption of Bitcoin as money is rapidly approaching.

Related Reading: Bitcoin Could Swell To $1.5 Million If It Absorbs All Fiat and Gold Holdings

Bernstein centered his thoughts around the fact that with the growth in popularity of certain monetary policies, namely modern monetary theory (MMT) and quantitative easing (QE), and certain macroeconomic factors, hyperinflation in western societies could soon become the norm. This, of course, would give consumers incentive to rush to safe havens, like gold, or even Bitcoin, as it is bred for today’s digital world.

If the macroeconomy and the geopolitical climate somehow stabilize through some miracle, some are sure that BTC will still find value as programmable money, and that blockchain will see adoption in commerce, healthcare, and trade.