If you’re new to the expanding world of cryptocurrency, chances are you’ve gotten lost and confused with people telling you to ‘hodl’ or that people are just spreading ‘FUD.’ Cryptocurrencies are becoming like any industry that creates their own jargon and slang as it matures and a community forms around the sector.

If you’ve ever been sailing, you probably thought they were speaking a different language when the captain was telling you about the starboard and port sides of the boat. The same is true with cryptocurrency terms. In order to navigate your way around the sailboat, or the crypto world, there is some slang and cryptocurrency terms you should learn.

Here we’re going to dive into a glossary of cryptocurrency terms and explain what they mean and how they’re used.

This is an acronym that stands for ‘Fear, uncertainty, and doubt.’ Many people in the cryptocurrency communities usually use this term when anyone is saying negative things about cryptocurrencies, blockchain technology, or a specific coin. People will often claim that naysayers are just spreading FUD to keep prices down.

This is a term that gets thrown around quite often in the crypto world. It’s a misspelling of ‘hold’ that gained adoption in the cryptocurrency communities, and now represents the common sentiment that long-term crypto investors should ignore price fluctuations and just hold for the long term. Since it entered the crypto world, the term ‘HODL’ has also adopted the backronym “hold on to dear life”, used when cryptocurrency prices fluctuate.

Most people are familiar with the idea of ‘fear of missing out.’ People use this term in the cryptocurrency world to describe people that rush onto the cryptocurrency bandwagon at extremely high prices because they don’t want to miss the next push higher.

This is an acronym for ‘All time high’ and has been used lately as cryptocurrency prices were going up.

A blockchain is essentially a distributed ledger that permanently and securely records data through cryptographically created blocks or datasets. It represents a historical record of data or transactions, from the original block to the most recent, thus creating a chain of blocks… the blockchain.

A public address is a cryptographic hash of the public key. This acts as a public account ID for crypto wallets and can be posted publicly. This is the address that others can use to send and receive crypto funds.

A private key is the secret password or string of data that provides access to a specific public address. Anyone with the private key is able to access the associated wallet address, so it’s super important to keep private keys hidden and secret. 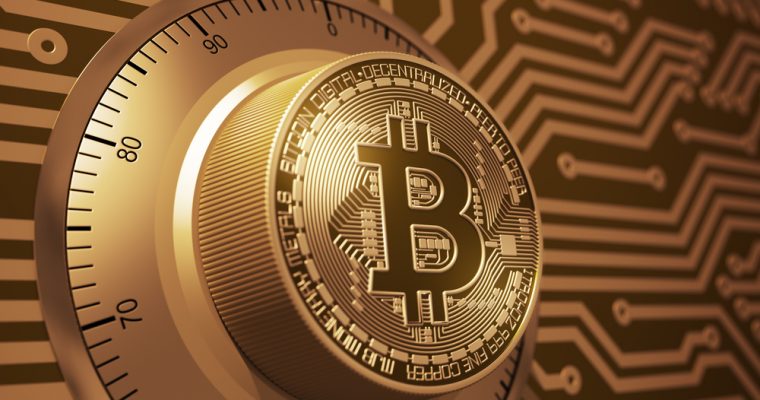 This is a blanket term that is used to represent all other cryptocurrencies other than Bitcoin. If it’s not Bitcoin, it’s an altcoin.

An incentive for miners to support the blockchain and create new blocks. Miners that successfully calculate a new block’s cryptographic hash and add it to the chain get rewarded with a portion of new coins that are generated.

This represents the number of blocks included on the blockchain.

This represents an agreement between all participants on the network. Blockchain networks typically require a consensus to ensure the validity of transactions and uniformity among the distributed blockchain ledgers.

This basically means aggressive advertising for a particular coin or cryptocurrency. People that make outrageous claims for a crypto are said to be shilling the coin. Others will get a group to promote a coin at a certain time in an effort to ‘pump’ the coin’s price higher. This causes danger in the crypto markets as prices become volatile.

This term is often used for people that are still holding a coin after it’s been pumped and subsequently sold or dumped. It also refers to people holding a coin with low future prospects that are falling in price.

This is used to describe a cryptocurrency with relatively low volatility.

This can be thought of as a fork in the road for a blockchain. Blockchain forks create a separate version of the blockchain at a certain point or block number. After a fork, there are two different blockchains running parallel using the same blockchain history prior to the fork. Forks often occur when one group of a blockchain network wants to change the blockchain technology, but others want to maintain the original blockchain. 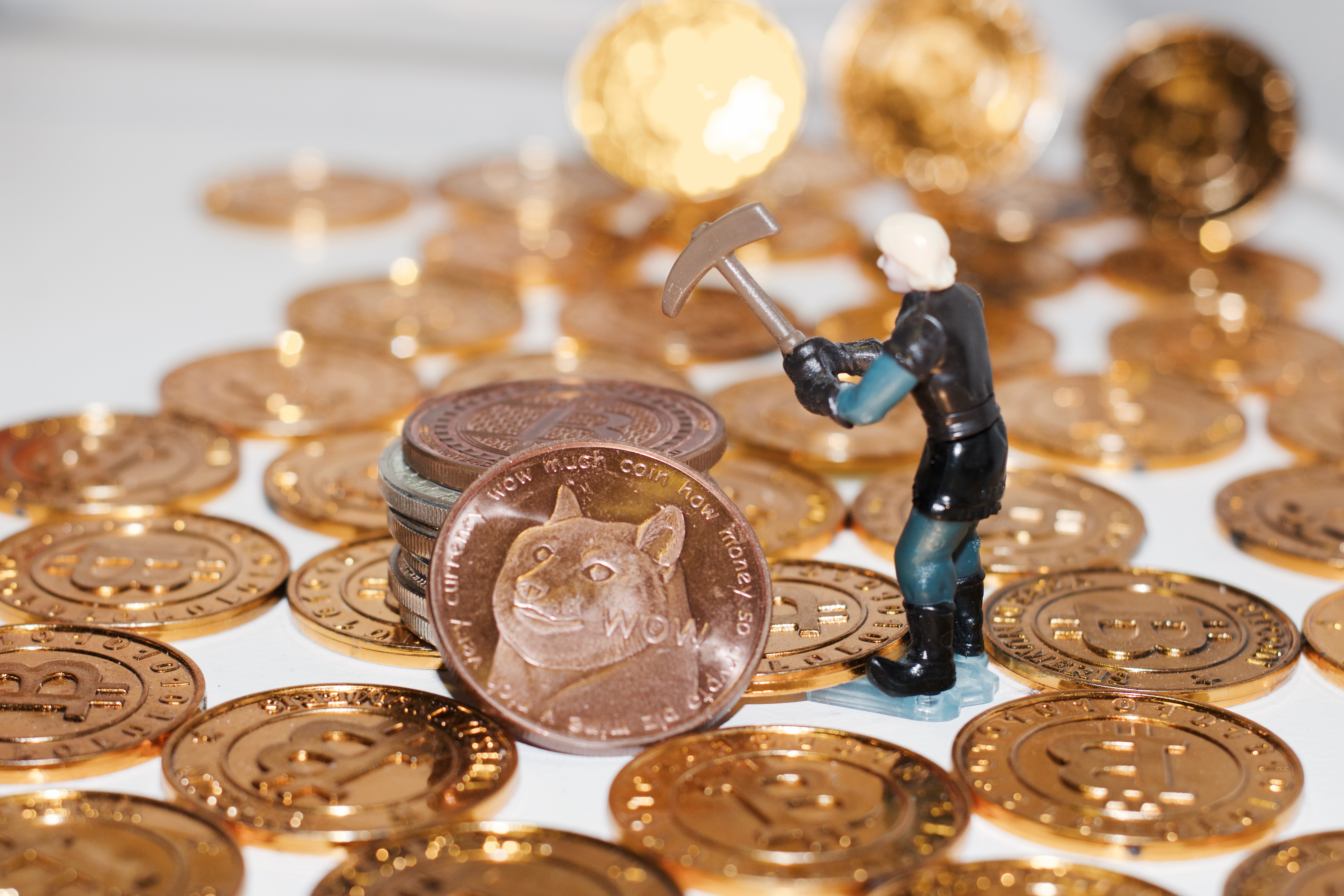 Cryptocurrency mining is the term to refer to validating blockchain transactions. This is what supports the blockchain network and gives the data on the chain its credibility. Miners usually receive rewards for their efforts (see block reward). Miners use processing power to compute the cryptography required for the confirming transactions and adding blocks to the chain.

Also referred to as multi-sig, these addresses provide users an additional layer of security. They require multiple keys in order to authorize a transaction to send cryptocurrency.

A participant in the blockchain network that maintains a copy of the distributed ledger.

A proof of value algorithm that is used to support a blockchain network. Block rewards are earned based on the number of coins the node holds. The more coins held, the more coins gained by mining the blockchain protocol.

A proof of value algorithm that is used to support a blockchain network. Block rewards are earned based on the node’s role in mining data blocks. This means that the more work a miner does, i.e. the more processing power they use, the more blocks they can mine and the more coins they can earn. Bitcoin runs a proof-of-work protocol.

This simply refers to the fee that a user pays when sending cryptocurrency from one address to another. Nodes involved with mining on the blockchain network need to be incentivized, and transaction fees are one way to compensate the miners. At the moment, many cryptocurrencies boast low transaction fees relative to other mediums such as banks or traditional exchanges.

Also referred to as P2P, peer-to-peer represents the decentralized interactions that frequently occur on a blockchain network between multiple parties. Rather than going through a central point of authority, or a middle man, peer to peer network participants interact directly with each other through.

Smart contracts are agreements stored on the blockchain that are signed and cannot be altered. Smart contracts are being used for scenarios such as escrow services, outlining the specifics that need to be met in order for money to be deposited, for example verifying property rights during a real estate sale.

This is commonly used to refer to someone that holds a LOT of cryptocurrencies.

Cryptocurrency traders will often refer to the buy wall or sell wall on a cryptocurrency exchange. This represents the number of buy orders or sell orders that are open for a particular cryptocurrency. If there is a large buy wall, then chances are the crypto’s price will rise as the orders are filled. The reverse is true of a sell wall, where sellers are waiting to unload their holdings.

Dapp is shorthand for a decentralized application. Dapps are open source and use a blockchain to store data. Dapps use tokens and some type of proof of value to support the network. (See proof-of-stake and proof-of-work)

A decentralized autonomous organization is a company that operates under an agreed upon set of rules, and typically future decisions are made through a democratic or consensus process by the supporting community.