May 25: although crypto market prices are still down after the week’s losses, the maps are showing green today, according to data from Coin360. 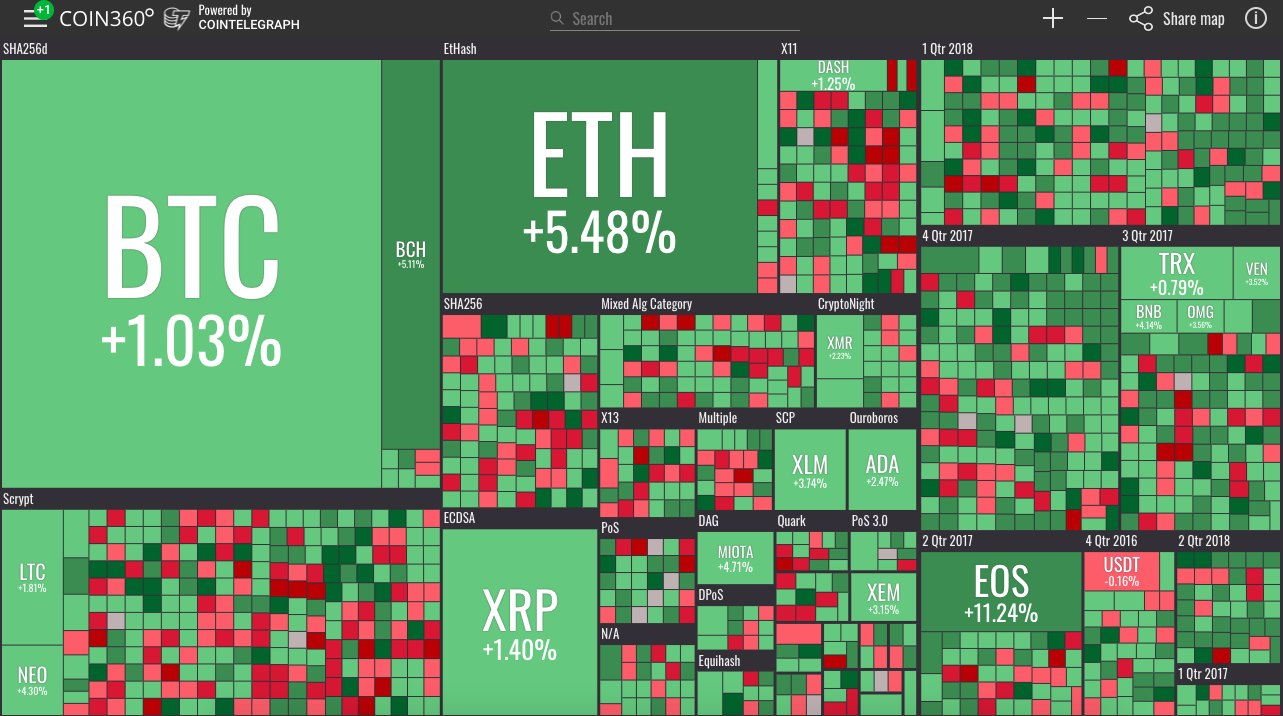 A rally across the board predicted in the wake of last week’s Blockchain Week in NYC did not come into fruition, with the market instead dropping around 10 percent by mid-week.

The market slump could likely be attributed the news that the U.S. Department of Justice has opened a criminal probe into crypto market price manipulation, as well as a holdover of the FUD reported about the accusation of fraud last week against South Korean crypto exchange Upbit – a claim the exchange has refuted by conducting an internal audit. 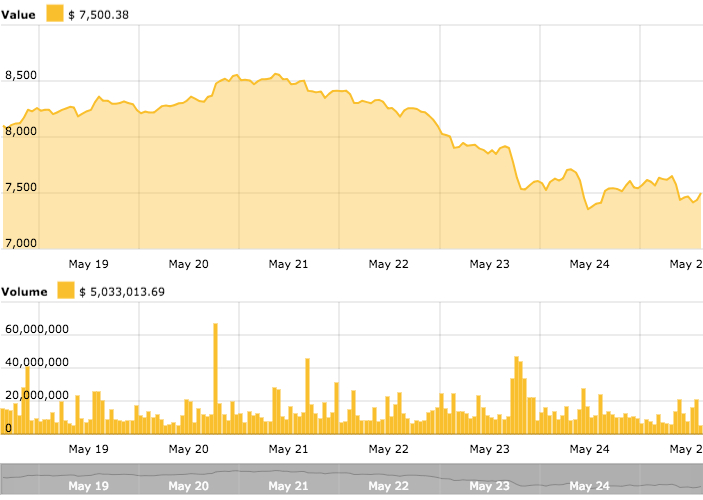 Ethereum (ETH) is up as well, almost 6 percent over a 24 hour period and trading for around $607 to press time.

Ripple (XRP) is up almost 1.5 percent over a 24 hour period, trading for around $0.62 by press time, after the news that Ashton Kutcher made a $4 mln XRP donation to Ellen Degeneres’ wildlife charity.

All of the top ten coins are Coinmarketcap are in the green, with EOS up the most at around 11 percent over a 24 hour period, trading for around $12.50.

IOTA, who recently signed a memorandum of understanding with the UN for exploring how technology can increase efficiency, is ranked tenth, up by almost 5 percent and trading for around $1.54 by press time. Crypto Market See Some Green After Week of Lows, Bitcoin Price Hovering Around $7,500