Developers will soon be able to test applications on a live version of blockchain interoperability protocol Polkadot.

Kusama, an experimental and unaudited version of the $1.2 billion network, was launched on Friday at the tail-end of Berlin Blockchain Week.

As highlighted in a blog post by Polkadot creator Gavin Wood, it will be somewhere between one to four weeks before developers can begin tapping the full functionality of the network. Until at least 50 “well-backed” validators are operating on the network, transfers of KSM tokens between users will not be possible.

Wood explained in the post which actions are now live:

“Functionality that will be enabled is limited to usage of the Staking, Sessions and Claims modules; specifically, bonding, nominating and issuing an intention to become a validator, setting up one’s session keys and claiming KSMs will be supported.”

Once fully functioning, the Kusama network is expected to act as the proving ground for some of the most bleeding-edge technology planned for the actual Polkadot network, which is tentatively expected for launch early next year.

Wood spent much of Berlin Blockchain Week explaining the goals of the project.

.@gavofyork talks about what can you do on Kusama?

• Grow your $KSM by participating in Kusama’s NPoS by validating and nominating validators.

• Participate in on-chain governance: propose/vote on referenda or become a council member. 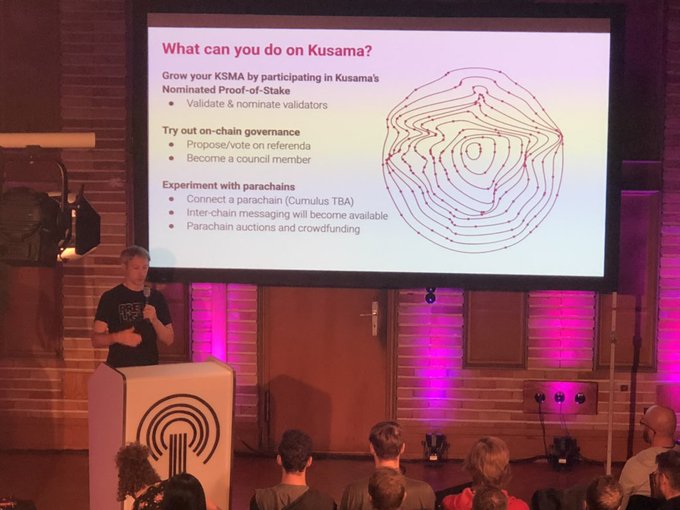 Already, one of the teams expected to build on Polkadot is planning to run its applications on Kusama in the coming weeks.

“We want to be part of this ecosystem but we have the feeling that not everything from a conceptual point of view has been thought through to the end so there’s still questions.”

Running KILT’s “virtual structures” on Kusama will serve to answer many questions, Ruebe said, including the auctioning structure of Polkadot parachains.

Polkadot parachains are basically individual blockchains that rely on a central blockchain, called the relay chain for enhanced security and network interoperability.

According to Wood, the upfront cost for developers to lease a parachain slot on the Polkadot relay chain “could be very expensive.”

“With parachains, it’s a long-term commitment. You deposit [DOTs] two years at a time. You have to deposit a fair amount of DOTs to get this lease. It’s a fairly heavy tax,” said Wood.

This is why the Kusama network will help test a new Polkadot innovation known as parathreads.

Parathreads, according to Wood, allow developers to deploy an application for a fixed fee and process one block on the network at a time. Calling it a “pay-as-you-go” model, Wood said many applications could benefit from this kind of flexibility.

“Kusama is a way to test Polkadot’s economic security before we launch… and if see some chaos, we welcome that.” – @jutta_steiner from @ParityTech at @web3summit. 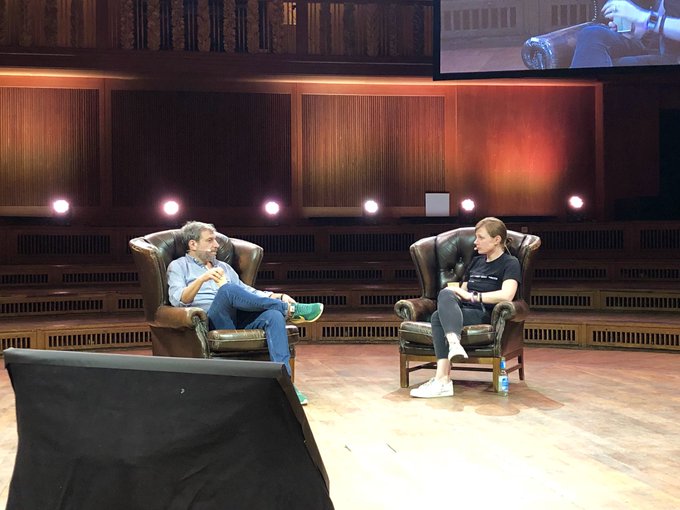 It’s precisely this kind of functionality that teams like KILT Protocol are eager to test out on Kusama.

“We’re completely uncertain about the price of a parachain and it’s not possible to make a business decision of being a parachain [or a parathread] if we don’t know.”

As ethereum undergoes a major upgrade in 2020, how might the economics of the second-largest blockchain begin to shift? The next major iteration of ethereum,…