Riot Blockchain, one of the many companies that changed their name to contain the word ‘Blockchain’ last year evidently on industry hype, has received a subpoena from the US Securities and Exchange Commission (SEC), according to a SEC Form 10-K annual report filed Tuesday, April 17.

The filing writes that Riot Blockchain received a SEC subpoena on April 9 containing a request for “certain information” from the company, adding that they intend to “fully cooperate” with the request. Riot Blockchain makes clear that they are not particularly concerned with the move as “many companies engaged in blockchain and cryptocurrency businesses have received subpoenas from the SEC,” evidently in reference to the SEC’s publicized crypto probe.

Before the company’s name change, Riot Blockchain went under the name Bioptix, a company which worked with patents seeking “regulatory approval for and offer to sell, market, distribute, import and export luteinizing hormone (“LH”) and/or follicle-stimulating hormone (“FSH”) products for cattle, equine and swine for the assistance and facilitation of reproduction,” according to their fall press release about the name change.

Under the “competition” section in the SEC filing, Riot Blockchain confusingly lists crypto-friendly retail giant Overstock.com as a competitor.

Despite Riot Blockchain’s new crypto trend, they report that they are “not profitable and have incurred losses since our inception” and  “expect to continue to incur losses for the foreseeable future.”

Riot Blockchain’s name change saw a trading range change of 1,611%. The SEC filing notes that their stock price had a high of more than $38 per share in December 2017, and that the closing price of their stock on April 12 was $7.47.

The price decrease, according to the SEC filing, is due partly to negative press that the company has received, specifically referencing a February CNBC report investing possible stock manipulation and insider trading:

“As of the date of this filing, we are still suffering from unfavorable reporting and if we continue to be portrayed negatively in the press, our stock price could be further adversely affected.” 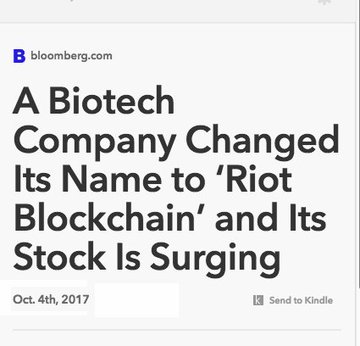 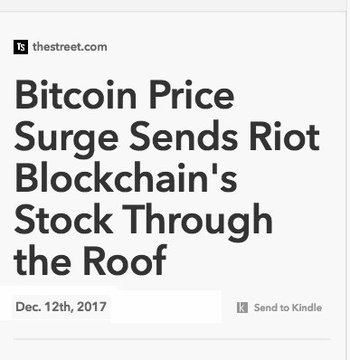 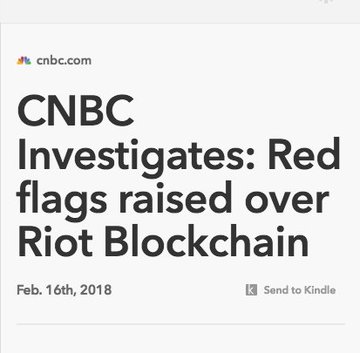 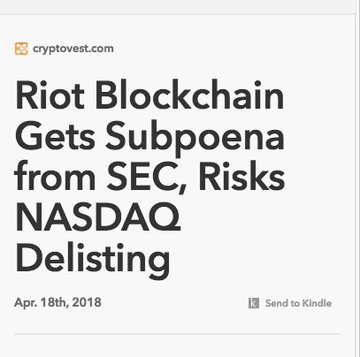 The latest SEC filing mentions that SEC Chairman Jay Clayton has “warned that it is not acceptable for companies without a meaningful track record in the sector to dabble in blockchain technology, change their name and immediately offer investors securities without providing adequate disclosures about the risks involved.” In January of this year, the SEC said that firms that changed their names in such a way will face greater scrutiny from regulators.

The SEC filed a complaint against crypto-affiliated Longfin for insider trading earlier in April, and in March, Techcrunch founder’s crypto hedge fund received a SEC subpoena and Overstock.com’s crypto subsidiary revealed the SEC was looking into its Initial Coin Offering (ICO).