The 16th and current Chair of the US Federal Reserve has acknowledged that bitcoin is a store of value, just like gold. According to him, the cryptocurrency is far from achieving mass adoption but people do use it as a store of value.

Bitcoin Is a Store of Value

Jerome Powell, who is the 16th and the current Chairman of the US Federal Reserve, has weighed in on what’s perhaps one of the biggest discussions amid the cryptocurrency community.

According to the high-ranked official, Bitcoin is far from achieving mass adoption as a means of payment, but it is a store of value. The Chairman even compared it directly to gold.

… we haven’t seen widespread adoption. Bitcoin is a good example. Really, almost no one uses Bitcoin for payments. They use it more as an alternative to gold, really. It’s a store of value, it’s a speculative store of value, like gold. 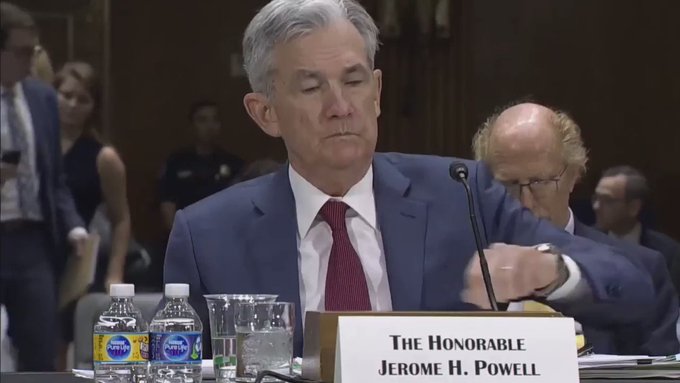 The Chairman of United States central bank when asked about Bitcoin:

“They use it as a store of value…like Gold….that’s not to say we won’t see it & if we do see it yes you could see a return to an era in the US when we had many different currencies…”

Interestingly enough, his comments were made as an answer to the question of whether or not the widespread adoption of cryptocurrencies would dimish or remove the need for a reserve currency.

Powell answered that while this hasn’t happened yet, “that’s not to say we won’t see it and if we do see it, yes, you could see a return to an era in the US when we had many different currencies…”

More Than Just a Theory?

Just a few days ago, Cryptopotato reported on an interesting theory which was taking shape amid the cryptocurrency community. According to some, Facebook’s recently announced Libra, could become a global reserve currency.

In fact, we even saw some listing out the necessary stages that the cryptocurrency needs to go through in order for this to happen.

And while this might have been something that a lot of people took lightly because of its magnitude, hearing the Chairman of the US Federal Reserve himself confirming that cryptocurrencies could, in theory, diminish the need for a reserve currency, definitely makes a bullish case.

A relatively stable week passed over the crypto market with the end of the downtrend showing us stabilization in the market . Although it is…

US Federal Reserve Chairman: Bitcoin Is a Store Of Value, Like Gold