At long last, Facebook’s inaugural consumer-facing Bitcoin-related (albeit remotely related) project is upon us. To be announced on Tuesday morning, Libra (Reserve) is slated to be a stablecoin tied to a basket of traditional assets, presumably ensuring it is nothing like other crypto assets.

Joining the social media giant in this venture are star massive corporations and some of the cryptocurrency industry’s very own giants. Visa, PayPal, Spotify, Uber, Lyft, the pro-crypto a16z, Coinbase (NewsBTC has reached out for a comment, no reply has been received), and Xapo are among the star-studded companies that have purportedly invested big in Libra.

While many have remained agnostic towards the venture, claiming that it won’t involve “real” cryptocurrencies in any material manner, some have come out to comment on Libra. Some see it as a threat to society at large; others view the project as the trigger that will kickstart the next megalithic BTC rally.

Facebook has been quietly building out its cryptocurrency for over a year, and it looks like that time has been well spent, enlisting the support of some of the most prominent companies across…

We’ve mapped it out too! pic.twitter.com/o2uhoxKJjc 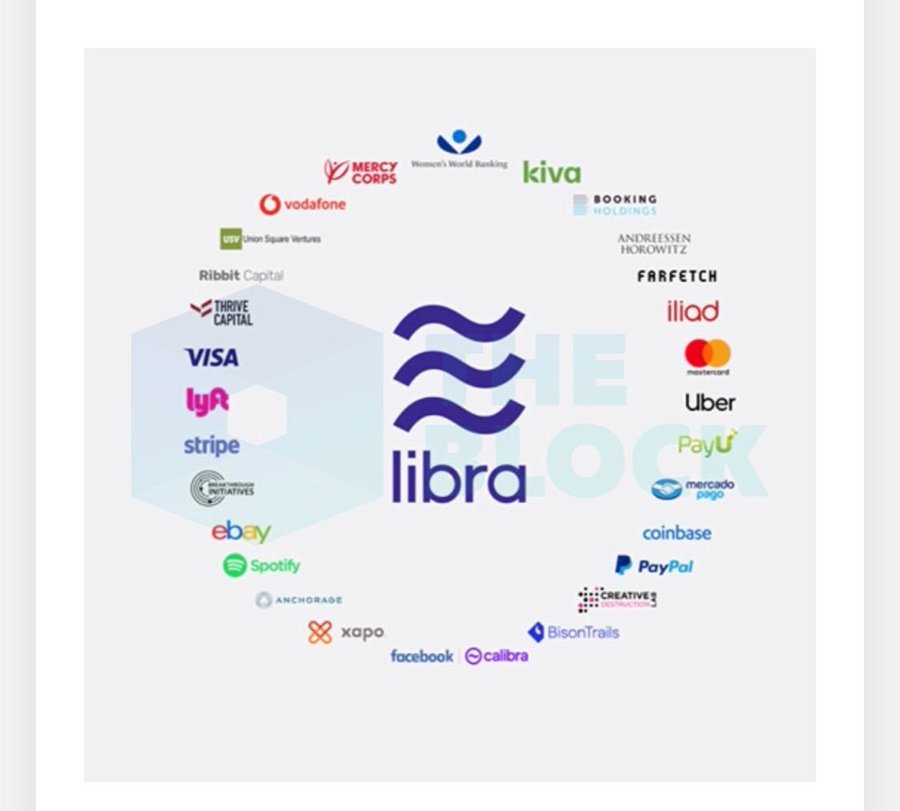 145 people are talking about this

Via a comment given to NewsBTC, Phil Chen, the Decentralized Chief Officer of Taiwanese technology giant HTC, explained that he isn’t all too excited about Facebook’s project. Echoing concerns put forth in interviews with this outlet, Chen accentuated that Libra, unlike something like Bitcoin, will not be conducive to the digital privacy of consumers the world over:

Indeed, in backing a project with dozens, if not hundreds of millions of dollars, you must ask: what do Facebook and its countless Fortune 100 partners stand to gain with Libra? If there aren’t absurdly high fees for payments, which is the model that something like Visa or PayPal employs, the answer to this question is likely your data.

Cryptocurrencies issued by consortia can’t compete with the value propositions of decentralized currencies like Bitcoin. If you think Libra will rival Bitcoin, you’ve missed the bigger picture.

In a world becoming increasingly “online”, the fact that one entity will presumably have access to all social and financial data simultaneously has some scared. Just last week, a probe reported on by The Wall Street Journal divulged that Mark Zuckerberg knowingly was aware of his platform’s privacy issues years ago, but was seemingly slow to act.

The same could, of course, easily occur with Libra. Bitcoin supporter Chen elaborates:

“If the top-line question about Facebook and antitrust is about whether to break it up and spin off the likes of WhatsApp and Instagram – well this global coin is the most invasive and dangerous form of surveillance they have devised thus far. This will easily become the most dangerous antitrust case in history.

If this is launched and adopted worldwide, we’re bound to see Facebook as the top 10 biggest companies for the next 100 years that have complete ownership of the customer and their data from their social graph to every transaction recorded through Facebook, WhatsApp and Instagram.”

As Chen puts it, “it’s no surprise that ‘Libras’ are known for their social skills, but they can be tactful and charming to achieve their objectives.” This latest scathing quip comes after the venture capitalist and technologist explained to this outlet that Libra, JP Morgan Coin, and all other projects are the polar opposites of Bitcoin — intranets compared to internets.

Or to sum it up, Libra is the “antithesis” of Bitcoin and all it stands for.

Andreas Antonopoulos would agree. In a recent video, the long-time Bitcoin evangelist and decentralization proponent remarked that this latest project from the Silicon Valley company goes against tenets of open networks, being not entirely borderless, somewhat private, and will likely involve censorship.

Arthur Hayes of BitMEX, CoinFLEX’s Mark Lamb, and IDEX’s Alex Wearn are among others concerned about what a centralized cryptocurrency could do to this space whose pertinent comments NewsBTC has covered previously.

A Catalyst For Bitcoin & Crypto Adoption

There are some commentators, however, that state Libra will be the medium in which the mass adoption and acceptance of cryptocurrency are found. Per previous reports from NewsBTC, Bank of America analysts believe that Libra will boost cryptocurrency to heights unknown.

They argue that Facebook’s cryptocurrency simply validates the idea of crypto, giving users a further reason to allocate money to this growing digital economy:

“With more than 2.5 billion users, Facebook and its partners could be a significant endorsement of cryptocurrency and a notable addition to the Facebook app ecosystem.”

Whether this is true remains to be seen, however.