The different terms thrown around the cryptocurrency world have drummed up a lot of confusion. What’s the difference between a crypto coin and a crypto token? What is an altcoin and why are they referred to as cryptocurrencies?

In many ways, the cryptocurrency industry is still in its infancy, and that’s led to terminology developing and taking hold as the sector evolves. This can still be intimidating for some people interested in the market who are left feeling like they can’t even understand the terms.

Don’t worry, we’ll clear up the confusion and explain the key nuances behind these virtual currencies. It’s really not as complicated as you think. 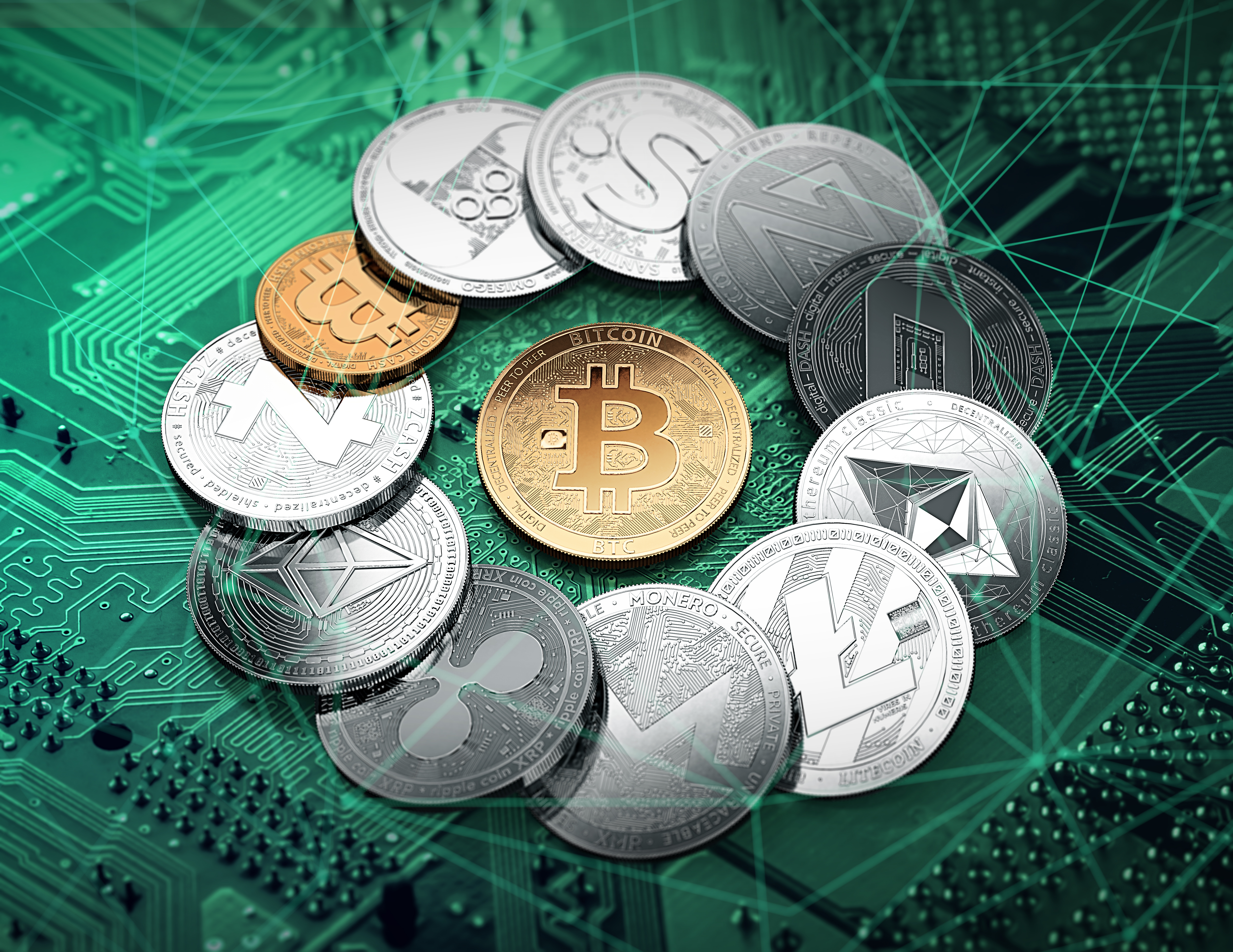 Before getting too far, let’s lay the foundation for a working definition of cryptocurrency. When people use cryptocurrency as a broad term, it’s referring to a digital currency or virtual currencies that are securely encrypted using cryptographic features. Bitcoin gained its popularity as the first decentralized cryptocurrency through the use of blockchain technology to create a permanent public ledger for transactions.

Bitcoin started the trend of cryptocurrency, or digital currency, developed using a blockchain. It didn’t take too long for others to see the potential and leverage Bitcoin’s open source software to create a growing ecosystem of ‘cryptocurrencies.’

The actual term cryptocurrency to describe all of the coins and tokens that followed Bitcoin has become quite a misnomer. Many of the so-called cryptocurrencies in the market aren’t actually currencies but have value by serving some other function or purpose. More on the different types of tokens below.

WHAT IS AN ALTCOIN?

Most altcoins are just a fork or variant of Bitcoin and the open source software supporting its blockchain. Development teams saw ways to improve the blockchain technology behind Bitcoin and changed protocols in the underlying software code. So the result is a new coin with a different set of features. Litecoin, Bitcoin Cash, and Dash are all examples of altcoins stemming from Bitcoin’s software.

Other altcoins were created without using Bitcoin’s open source protocol. Instead, the developers created brand new blockchain protocols to support the resulting cryptocurrency. Ethereum is the prime example of the blockchain 2.0 concept.

The whole coin vs. token debate comes down to a matter of functionality and form. A crypto coin usually means it’s a true cryptocurrency and is meant to be used as a form of payment where a crypto token usually has more functionality behind it.

The purpose of a coin is to represent a form of currency and act as money for transactions. True currency serves as a medium of exchange, store of value, and unit of account. Right now, Bitcoin is the best representation of that in the cryptocurrency markets. Other cryptocurrencies are often priced relative to Bitcoin, and many people switch over to Bitcoin when markets tumble because it’s been a reliable store of value.

Overall, tokens have innate functionality because they represent a tradable and exchangeable asset. This can be anything from airline credits, to commodities, to other cryptocurrencies.

Tokens can also offer additional value for investors past increased returns and a form of currency. One old example would be Google’s AdWords. It would have been really lucrative to buy a bunch of AdWords back in the early 2000’s because you could run an incredibly effective and cheap marketing campaign compared to today’s prices.

That same theory applies to a majority of the tokens trading on the cryptocurrency markets. The tokens serve some purpose and can bring holders and investors value when products and services are developed going forward.

Many times, investors will get extra value if they hold over a certain amount of tokens. For example, some blockchain networks reward nodes that hold over 1,000 of their tokens by granting them voting rights in project decisions.

HOW ARE TOKENS CREATED AND DISTRIBUTED?

Tokens are usually generated and distributed to the public markets through an Initial Coin Offering (ICO). ICOs are a form of crowdfunding to raise money supporting the blockchain project and rewarding backers with tokens to ultimately use on the network. Many think of an ICO as a type of IPO when stocks go public, but it’s more like a Regulation A+ raise because the tokens aren’t on an official exchange yet for public trading. ICOs can be a fun interesting way to identify new and upcoming blockchain and cryptocurrency projects.

WHAT ARE THE DIFFERENT TYPES OF TOKENS?

We mentioned briefly above that tokens can represent various types of different assets and functionalities. Here’s a high-level breakdown of various functions for tokens on a blockchain network:

So you can see there are minor differences between the technicalities of the various terms coin, token, and altcoin. Many people don’t even understand the nuances and use the terms interchangeably.

For the most part, Bitcoin has become a household name and people call it out as its own cryptocurrency. But otherwise, the blanket term for the rest of the cryptos is simply altcoins. As the nuances between tokens and currencies start to develop and take place, there will probably be new distinctions drawn.

But for now, don’t worry when people use various terms. Cryptocurrency still represents the entire tokenized industry and using either coin or token terms is fine.