Register Login
Federal Reserve Chairman Jerome Powell said that the central bank is not considering the launch of its own cryptocurrency during a question-and-answer session in Zurich, Switzerland.

If people are leaving their money in cybercurrency and leaving it there, they are not putting it in a bank. […] What happens to the intermediation process if everyone is investing in these cybercurrencies?”

We are in favor of financial innovations. We are following these things very carefully, but we don’t see digital currencies from central banks as something happening in the near term.”

Highlight: “We are following the whole question of digital currencies,” says Fed Chair Jerome Powell. “It’s not something that we are actively considering. For us, it raises significant issues that we would want to see resolved.”http://finance.yahoo.com 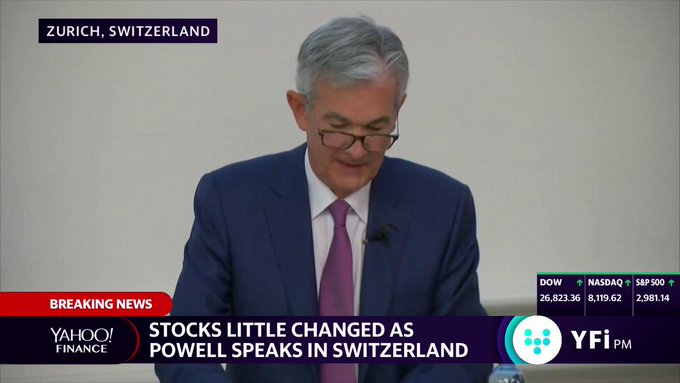 The price of Bitcoin instantly tanked by more than six percent after these comments. At the time of writing, it is changing hands at $10,468.50, according to CoinMarketCap data.

Back in July, Powell said that Bitcoin could serve as an alternative to gold, but no one would use it for payments.