Bitcoin has been flashing signs of immense technical and fundamental strength as of late, with the cryptocurrency continuing to push higher as bears struggle to gain any momentum.

The strength of its recent uptrend has been unwavering. Bears have attempted to reverse the trend back into their favor on multiple occasions, but strong rebounds have followed each of these dips.

The fact that buyers are aggressively buying each dip is a positive sign, and there’s a strong possibility that it will see further momentum in the near-term.

One trader explained that this is “uncharted territory” for the benchmark crypto, noting that there’s “tons of upside still ahead” for Bitcoin.

At the time of writing, Bitcoin is trading down marginally at its current price of $16,200. This is where it has been trading throughout the past day, with buyers in clear control of its price action.

Because it closed its daily candle above $16,000 and shows no signs of breaking below it anytime soon, it appears that this is now support.

As such, it may be able to target $17,000 next. Each day it is getting one step closer to reaching its all-time highs.

While sharing his thoughts about Bitcoin’s macro outlook, one analyst explained that the crypto is currently in “uncharted territory.”

He does expect it to see significantly further upside in the mid-term.

“That’s not even hopium, BTC on monthly is already in an uncharted territory with tons on upside still ahead of it. If this keeps up, I might even get to reunite with the family members I shilled crypto to in Dec ’17.” 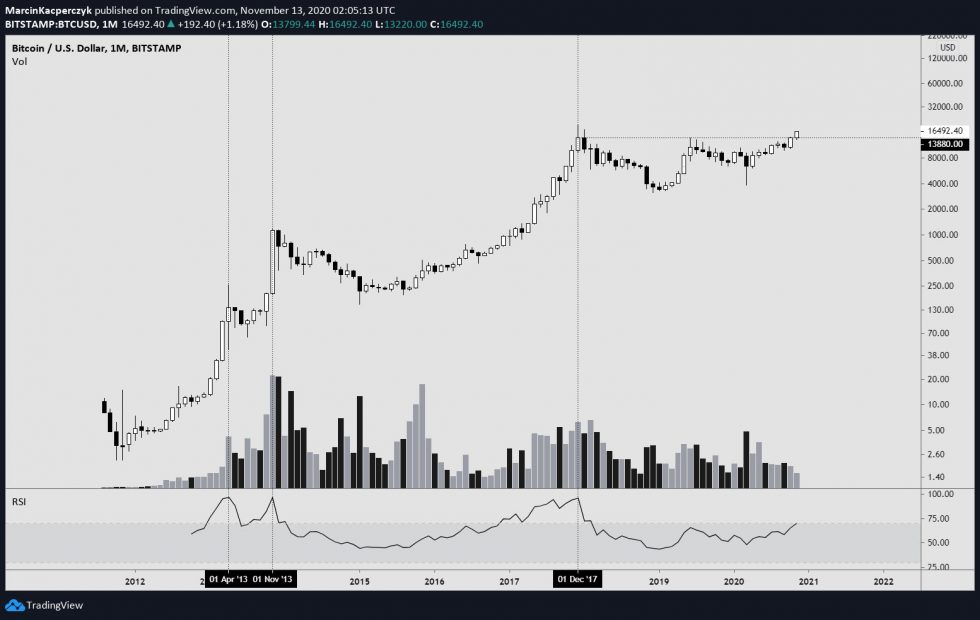 The coming couple of days should shine a light on the macro significance of this latest push higher, as Bitcoin’s weekly candle close is just over 2 days away.