Bitcoin price dropped to $6,880 level following the norm of declining before Bitcoin Futures expiration which is due tomorrow. However, a number of factors signal a boost in Bitcoin price along with its interest and adoption.

After enjoying bulls for days, today Bitcoin finally took a slide. Just yesterday, BTC price climbed above $7,000 level and took the entire crypto market on an ascending curve. Starting the day with $7,039, the price reached the highest at $7,060. At the time of writing, the world’s leading cryptocurrency has been exchanging hands at $6,880.

As Bitcoin took a drop, the crypto market went red as well as the top coins viz. Ethereum (ETH), XRP, Stellar (XLM), Cardano (ADA), IOTA (MIOTA) and others are down between the range of 2 to 6 percent.

Though the futures trading directly doesn’t impact the prices as trade is cash settled, the price rise does take a hit as big players to get the opportunity to short the Bitcoin. Due to the option of “long” or “short” available, it does brings the likelihood of price manipulation.

But there is a number of factors that are propelling Bitcoin forward and expected to take it skywards.

Reddit is one of the most visited websites in the world and its importance in the crypto market is no different. When it comes to Bitcoin-related topics, the subreddit r/Bitcoin is the most active forum with just under a million subscribers.

In September 2010, it has been founded and since then growing at a steady pace. Last year, in November it became extremely active as Bitcoin neared its peak.

Now, the subreddit has again started seeing action as shared by BashCo on twitter: 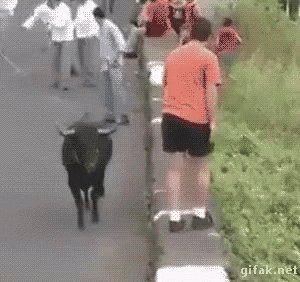 Visitor traffic to r/Bitcoin has been dropping every month since December 2017… UNTIL NOW. Bull market forming? https://www.reddit.com/r/Bitcoin/

“As a store of value, there is some real traction [with Bitcoin], and actually as we’re seeing in countries like Turkey that are having significant economic crisis… But right now, we’re still in the earliest, earliest stages.

Just yesterday as Bitcoin hit $7,000 breaking above the 50-day moving average, it posted the longest rally in a month. According to Bloomberg, Divergence Analysis Inc.’s buying and selling pressure indicator also pointed higher.

Recently, the CEO of Genesis Global Trading, Michael Moro said if Bitcoin maintains its value around $7,150, the prices can reach $10k:

He firmly believes bears have run out of steam as he explains the reason for the same:

“Once the news broke about the SEC rejection and the price actually held, we did not see the 5, 10, 15 percent sell-off that you’ve seen in previous rejections. So I think the bears have realized they’ve run out of steam.”

As for Bitcoin price going further, he says:

“The key level [for bitcoin] is $7,150, to be more exact, but if we can hold that next week, I do think we will see a sentiment turnaround in the market.”

Also, read: Anti-Dollar in Full Force, While Bitcoin Increasingly gaining Traction all over the World

In our recent article, we shared how Bitcoin hash rate is touching the highs that according to expert will be bringing new peaks. Moreover, it shows the long-term interest of people in Bitcoin.

Bitcoin has a bright future, period! so, buy while you have a chance

The fact is Bitcoin is just not here to stay but going to thrive in the future as even shared by US Federal Reserve of St. Louis in its reports over the time.

According to Coinbase latest study, the millennials are surely attracted to the Bitcoin as US students are twice as likely as country’s average to own a crypto. About 18% of the students agree to own bitcoin or other cryptocurrencies.

The below-presented table also shows the rising interest of students and educational institutions into Bitcoin and cryptocurrencies which certainly signals a bright and rising future ahead.

So, while prices see a correction, you might want to acquire some cryptos as offered by Litecoin founder Charlie Lee, who shared that the best time to buy is when prices are down as he predicts Bitcoin price to hit above $20k this time.

Bitcoin surely is in for a boost, whether it’s the price, awareness, interest or adoption, big things are coming up for the overall crypto market.

The presented content may include the personal opinion of the author and is subject to market condition. Do your market research before investing in cryptocurrencies. The author or the publication does not hold any responsibility for your personal financial loss.

Bitcoin Drops as Usual before Futures Expire, But 3 Facets state BTC Going Up