The rapidly expanding world of cryptocurrency is currently home to over 1000 blockchain projects and platforms. As users increase, newer platforms emerge to accommodate them. However, the industry remains turbulent in the face of regulatory uncertainty, cybercrime and incredibly volatile markets.

Although investors flock in hoping for a repeat of the fantastic prices that several cryptocurrencies like Bitcoinrose to in December 2017, they have met a much different reality. Most cryptocurrencies including the major ones have been in the middle of a worsening bearish period since January.

This has made it a little difficult for amateur investors to tell which projects are worth investing in. However some new platforms have managed to stand out, and one of them is Komodo.

Komodo platform is a decentralized end-to-end blockchain solution primarily created for the purpose of launching independent blockchains and initial coin offerings (ICO). It also serves as a totally decentralized ecosystem, complete with its own cryptocurrency exchange known as BarterDEX.

Originally a fork of Zcash, Komodo gives cryptocurrency users with basic mining equipment a competitive advantage against the much more established miners who are equipped with application-specific integrated circuits (ASICs). These devices are expensive and therefore difficult for the average user to acquire. This is why they are mostly used by the larger mining outfits like Bitmain.

Since ASICs are more powerful than normal graphics processing units GPUs, they give their users more processing (hash) power. As a result, the hash power of cryptocurrency networks, like that of Bitcoin, havebecome concentrated between a few mining pools, a situation which goes against the whole point of decentralization.

This is why a platform like Komodo is important, not just because it allows users to mine cryptocurrency but because it gives them a central location for all their cryptocurrency needs. Apart from being a fork of Zcash, Komodo is a redefinition of BitcoinDark, an earlier decentralized program which was focused on promoting the use of cryptocurrencies in a secure, private and inclusive way. The team has also stated that Komodo is completely unrelated to Zcash even though it is a direct product of the latter.

The Komodo ecosystem is facilitated by its own digital asset known as Komodo (KMD) coin which has a total fixed supply of 200 million tokens. Out of this, 100 million were pre-mined and distributed during its ICO which fell between October 15, and November 20, 2016.

90 million tokens out of the 100 million were distributed to investors while the 10 million left were set aside for the platform’s future development and marketing efforts. The 100 million tokens left are still being mined via the proof-of-work algorithm, with a potential hard cap of 14 years. In total, 2639 BTC $1,983,781 at the time were raised during the ICO.

According to CoinMarketCap, the total circulating supply of Komodo is 110,474,174 KMD, at a current unit price of $1.24 at press time. This puts its market cap at approximately $137 million. 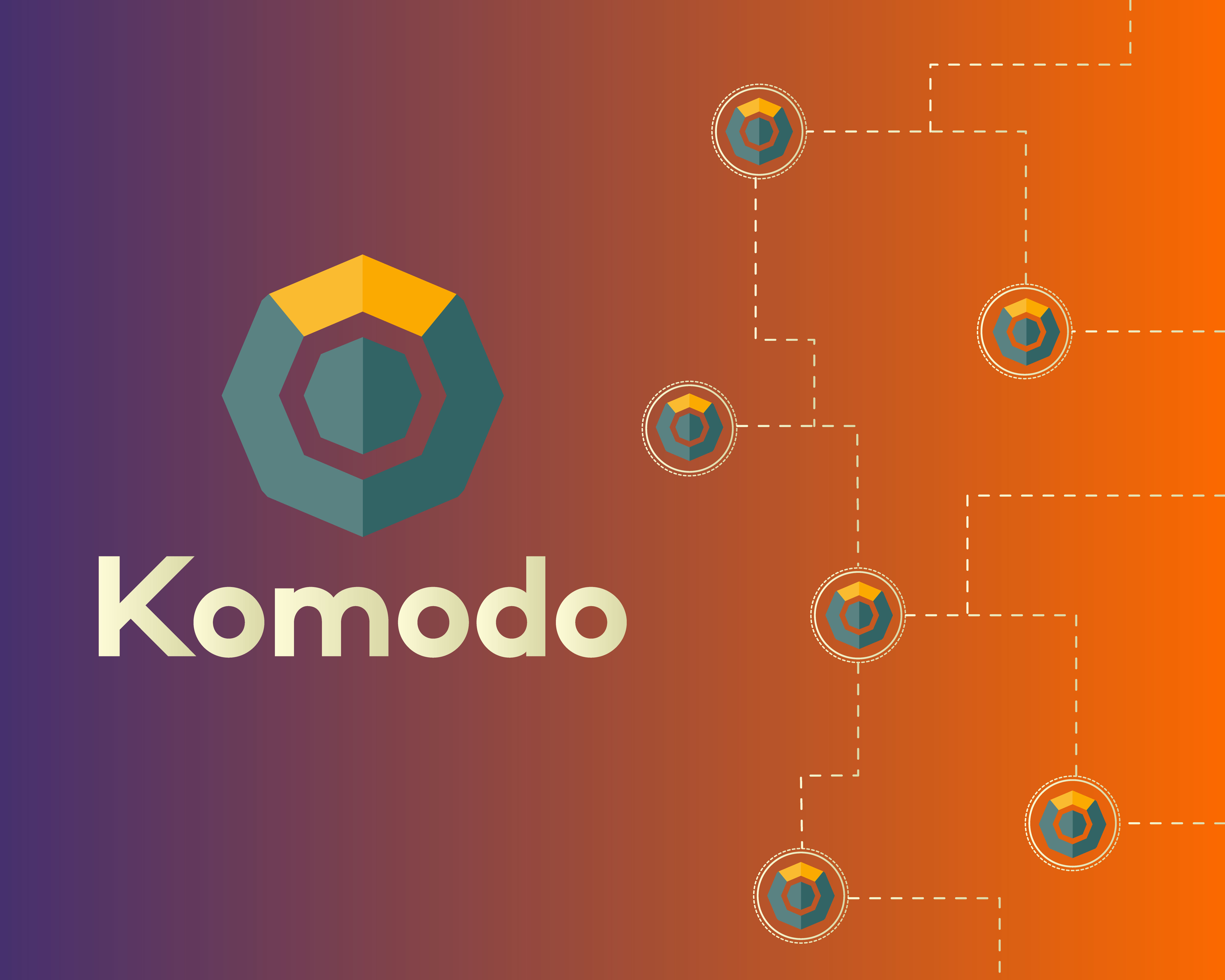 HOW DOES KOMODO WORK?

The Komodo platform works more like an ecosystem rather than an individual platform. Originally, the project had four white papers detailing its core parts which include:

The original white papers have since been combined into one major one which describes the inner workings of the system.

According to the Komodo white paper, the platform has a different approach to decentralized applications than normal systems which are based on the “longest chain” consensus protocol.  This is the basis for proof-of-work systems which require miners to expend processing power in solving complicated cryptographic problems.

This protocol which enables users to confirm their transactions on the Bitcoin network also serves the purpose of securing it. While this process is great, Komodo approaches the issue of securing its platform in a slightly different way.  Where other systems would look out for the longest chain to append, Komodo ignores this rule for any transactions that are older than the most recent “backup” of its blockchain.

Any conflicts that arise due to overlooking the longest chain for older transactions can be solved by simply checking the backups. Known as a delayed proof-of-work consensus protocol, this method effectively supports the platform.

This consensus protocol allows the Komodo platform to provide modularity by giving various projects the chance to develop and deploy their own independent blockchains on the network. Such blockchains are known as “Peerchains” and do not limit these projects to the Komodo network. They can also choose whether to inherit future blockchain upgrades or not.

BarterDEX is a decentralized cryptocurrency exchange which is currently being developed by Komodo. It will be powered by Atomic Swaps, a technology which the company has successfully tested 100,000 times.

HOW TO BUY KOMODO KMD

Komodo coin is available on several top cryptocurrency exchanges including:

It can be exchanged for BTC via exchange hot wallets just like any other cryptocurrency.

WHO IS THE TEAM BEHIND KOMODO?

Currently, there is very little information about the core Komodo team. Although its members are not completely anonymous, they follow the same private themes that Zcash and BitcoinDark are based on. However, information on its management, marketing, and development team is freely available in the project Road Map section of the official Komodo website.

Komodo recently announced that it will rebrand its product website, logo and other identity details. However, despite a full rebranding, the platform will retain its name. The next phase of development for the platform involves expanding its marketing reach and development team.

The statement by Komodo reads:

“Prior to this year, most of our technology was developed exclusively by jl777 and ca333,” according to a Komodo update. “With the addition of four new experienced blockchain developers in 2018, we have already completed Etomic swaps, expanded our Atomic Swap network, and are on schedule to complete the tasks outlined in our Tech Road Map, such as smart contract integration. With our new additions, you can expect more frequent development updates and road map improvements.”

Komodo has come a long way from the days of BitcoinDark. Although the latter project is no longer functional, the Komodo platform has retained its privacy-inclined theme. It is also providing a way for cryptocurrency to adhere to the principles of decentralization that it was built on.

The solutions provided by the platform have not been perfected yet but development is still ongoing. For the Komodo team, this new approach to decentralization is unchartered territory and there are bound to be drawbacks. However, the platform is continuously undergoing improvement and has shown a detailed roadmap of what it hopes to achieve. Overall, the Komodo shows a positive direction and could be one of the ones to watch moving forward.

Cryptocurrency mining is a decentralized way to issue and distribute new cryptocurrency while protecting ablockchain network from malicious activity. On systems like Bitcoin that use a Proof-of-Work consensus, mining…

Bitcoin network has grown in popularity over the last few years, as demonstrated by its daily use. The number of Bitcoin ATMs has also increased globally from 1…

A GUIDE TO KOMODO COIN