There is so much talk about Bitcoin mining all the time, from Bitmain’s huge expansion plans to news concerning Nvidia’s ASIC devices. A common understanding is that the Bitcoin network is secured by collective groups of people known as miners. But outside of that, there are many technicalities to the entire mining process.

Bitcoin mining is a lucrative venture that involves a series of actions and techniques including confirming the transactions of everyday users. In return, miners receive “block rewards” for their services. The process is capital intensive and consumes resources like processing power and electricity. This makes mining highly competitive, leading to the purchase of powerful and continuously-evolving hardware like ASIC devices which have replaced the average GPU and mining software.

WHAT DOES BITCOIN MINING SOFTWARE DO?

While Bitcoin mining hardware is a common topic within the space, software often gets overlooked. Hardware merely provides the necessary processing power for mining while nearly everything else is handled by Bitcoin mining software. It performs important functions like: 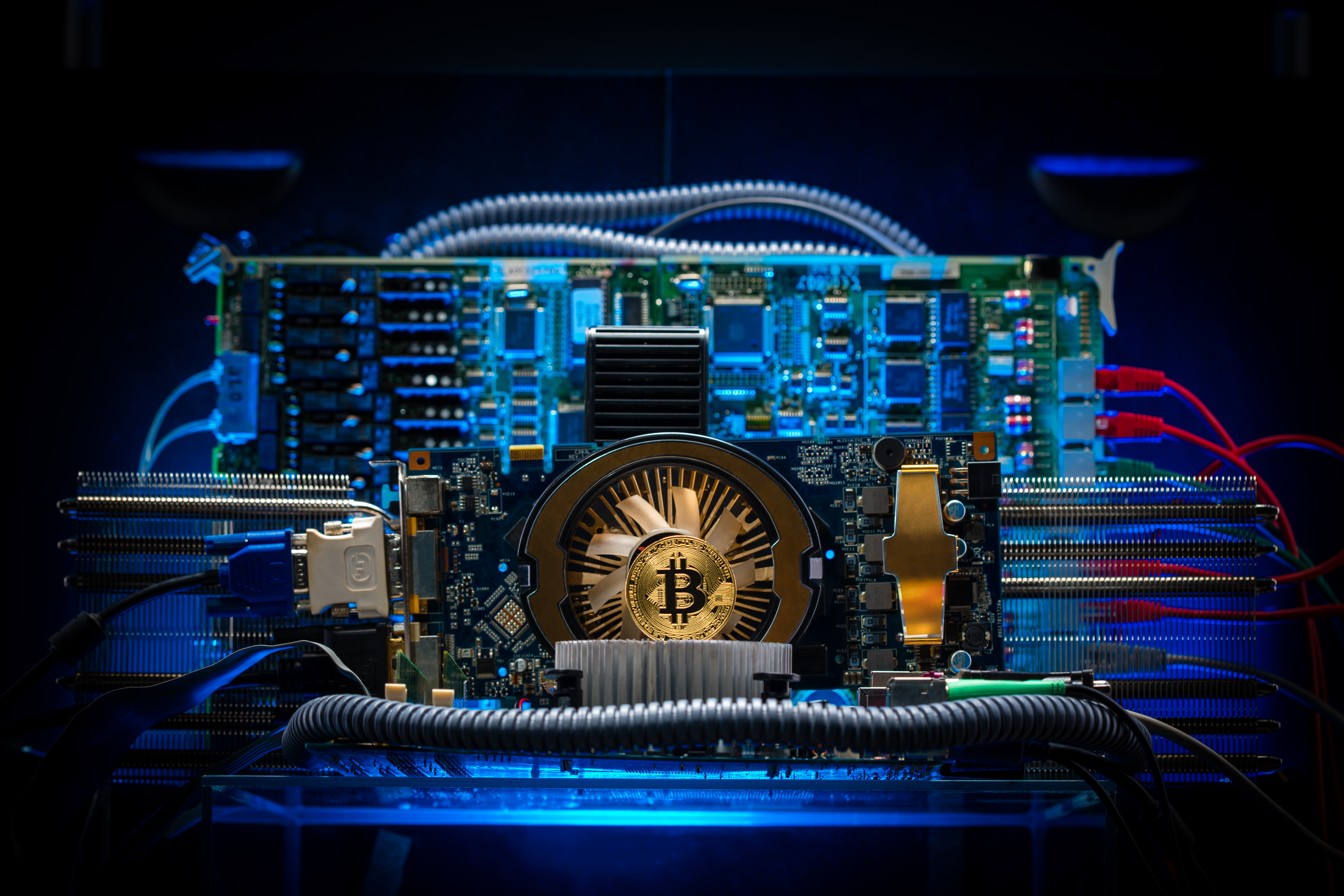 WHAT ARE THE TOP BITCOIN MINING SOFTWARE?

There are several Bitcoin mining software on the market and each one varies in functionality and efficiency. Some really stand out and here are the top 6 among them:

Known as one of the most popular BTC mining software, CGMiner works as a multi-pool FPGA, GPU, and ASIC miner. It provides extensive ATI GPU monitoring, fan speed support and clocking support for Bitcoin and other altcoins. As one of several miners written in C# programming language, it is optimized for speed, efficiency, and compatibility with Windows, Linux and Mac operating systems.

CGMiner has a host of interesting features including:

This software is regarded as one of the most advanced because of its interaction with Bitcoin mining hardware. It allows users to configure ASIC and FPGA settings straight from its interface in a command-specific manner.

Regarded as the best mining software for beginners, MultiMiner simplifies the process of mining a lot better than other software. Since the idea of mining Bitcoin can seem a little daunting at the beginning, new miners are better off starting with software that is easier to operate and understand.

Some attractive features of MultiMiner include:

BFGMiner is very similar to CGMiner in its functionality and mode of operation, except that it is more ASIC-focused. Like CGMiner, BFGMiner is also written in C# and optimized for mining speed and efficiency. It supports OpenWrt-compatible routers on ASIC, GPU, CPU, and FPGAs as well.

Some of its interesting features include:

BitMinter’s strongest point lies in cross-platform enabled mining, with its own mining pool, commonly known as one of the oldest in existence. Each new user is required to join the pool to make it easier for them to mine and earn more. Since 2011, the pool has registered over 400,000 user accounts.

Unlike CGMiner and BFGMiner, BitMinter is based on the Java Network Launch Protocol (JNLP) and does not require an installation to function. It is a cloud-based service which focuses on people who are interested in mining but can’t afford expensive ASICs.

Some of its major features include:

This is an open-source software upgrade for software like CGMiner and BFGMiner, which focuses on the graphical user interface (GUI). Its main function is the provision of an organized user interface that can be integrated directly with a miner’s cryptocurrency wallet.

EasyMiner gives its users the option of choosing a “moneymaker mode” which is attached to a particular Litecoin mining pool. It also offers a ‘solo mode’, in which miners are allowed to choose which pools they want to join, which cryptocurrencies they want to mine as well as a custom hash algorithm that corresponds with that cryptocurrency.

When it comes to solving the problems associated with centralized mining management, Awesome Miner is a user’s best bet. Unlike other mining software, it can work really well with multiple mining rigs. Although Awesome Miner is built for mainly the Windows operating system, it has an accessible web-based interface.

The features of this miner include:

Mining is what keeps the Bitcoin network secure and functional. Without it, the network will crumble, bringing the cryptocurrency ecosystem to a critical point. For something as competitive as Bitcoin mining, a miner’s software choice can mean the difference between stagnation and huge rewards.

This is why miners, especially beginners must think thoroughly about what features they expect and require in a software. While the software discussed above are incredibly popular, there are others within the space, so proper research must be carried out. As development continues, Bitcoin mining software may continue to evolve, to better meet the growing needs of miners.

Bitcoin mining is a lucrative, yet difficult venture that has become exceedingly popular with the emergence of various cryptocurrencies. Although Bitcoin is the largest and most valuable…

Bitmain, one of the largest cryptocurrency mining companies has announced plans for the operation of a new mining facility. The blockchain data center, commonly known as a…