Curtis “50 Cent” Jackson made a lot of money by being an early believer in Bitcoin, TMZ.com reported on Tuesday. After giving the cryptocurrency a chance 4 years ago, he is now reaping the benefits which amount to over $7 mln, according to current exchange rates.

50 Cent became the first rapper who started accepting Bitcoin as payment for his fifth album “Animal Ambition” released in 2014. At $5.50 a copy which was equivalent to 0.0088 BTC back in 2014, the unexpected “money genius” made about 700 bitcoins which were worth more than $400,000 that year.

The rapper is reported to have kept all of his bitcoins without selling them for years until 2018. During that time the cryptocurrency has grown immensely — with the current price set at around $11,000, Jackson’s 700 coins are now worth more than $7 mln.

50 Cent has confirmed the news of his successful ‘Hodling’ on Twitter: 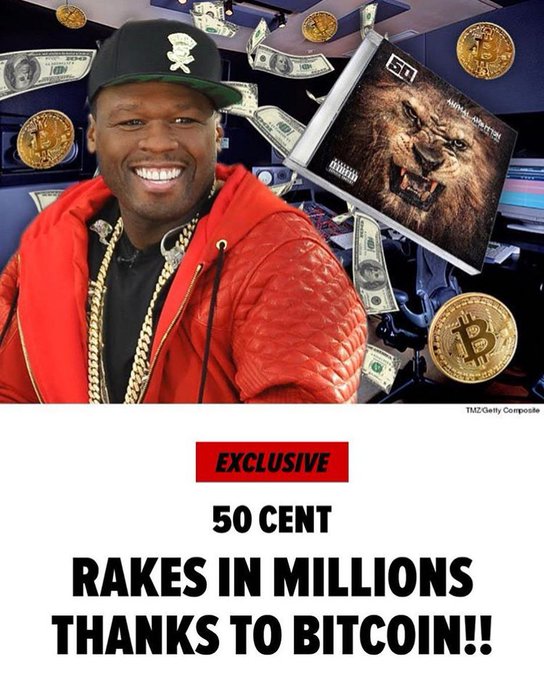 A little bitcoin anyone? LOL. l know l make you sick but excuse me…I’m getting to the bag

He also posted on Instagram: “Not Bad for a kid from South Side, I’m so proud of me,” commentingthat he had forgotten he even owned the coins.

TMZ claims that 50 Cent might think twice about withdrawing his earnings now. Since the overall cryptocurrency market has declined significantly over the past month, it may be better for 50 cent to sit it out, if he can afford it.