When cryptocurrency first emerged in the form of bitcoin, it was mainly seen as a store of value and possibly a profitable investment. However, with time, it has proven to hold even more potential than the public expected.

Blockchain, the fundamental technology that powers most currently existing cryptocurrencies and tokens, is making its way across different industries. Some of these industries, including real estate, finance, education, and agriculture, have found incredible ways to solve pressing issues using blockchain. The latest to join the fold is the shipping industry. In this sector, ShipChain, a blockchain-based freight company, is building a name for itself.

To a large extent, the world is powered by e-commerce across borders, and without logistics, traders and their customers cannot ship goods. The industry has progressed considerably with time, in response to the growing population of people who need its services. In the United States alone, the shipping market was worth almost $1.5 trillion in 2015 and continues to grow.

Despite the years of continuous development, the shipping industry is still plagued by inefficiency, theft and a lack of transparency. There is also a network of brokers that makes business difficult and expensive for other shippers and carriers. To solve these problems, shipping companies are gradually turning to blockchain technology.

A new forum is known as the Blockchain in Transport Alliance (BiAT) has emerged for the development of new standards to tackle the shipping industry issues. The alliance hopes to revolutionize the way traditional shipping is done, through blockchain regulation and education.

Startups like ShipChain and shipping giants like UPS have already announced plans to join the alliance with hopes of being part of an industrial revolution that creates a better business environment.

Large corporations are also investing and partnering with other companies including startups, to create and experiment with new concepts along this line. One prominent example is the partnership between Maersk Line, the largest container-shipping corporation in the world, and IBM. Through this partnership, Maersk uses IBM’s blockchain service to make its cargo-tracking and documentation process more efficient. 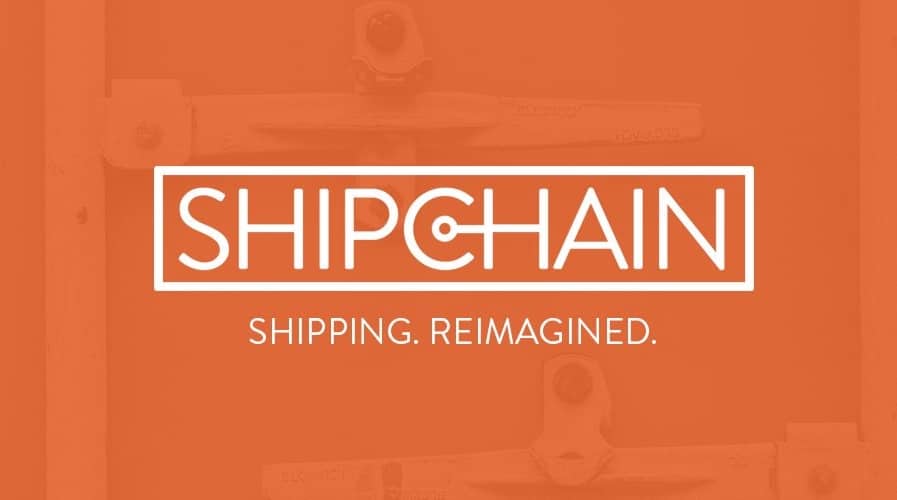 THE ROLE OF BLOCKCHAIN TECHNOLOGY IN LOGISTICS

In a recent interview, ShipChain CEO, John Monarch, stated that the logistics industry currently accounts for the highest rate of employment in the world. This is due to the increased rate of global trade over time. To keep up with this pace, the industry must find ways to incorporate innovation into its core structure. This includes the security measures taken to protect sensitive data on all Internet of Things (IoT) devices used within the industry. The structure of blockchain allows it to accommodate this extra layer of needed security through its encryption, distributed ledger systems ,and smart contracts.

According to Monarch, the technology has the potential to save stakeholders in the global trade industry anywhere from $50 billion – $500 billion annually. In addition to the above-mentioned solution, blockchain can also potentially improve other vital, yet currently inefficient areas in the industry like transparency, accountability andbrokerage. The role of blockchain in the improvement of the aforementioned areas is highlighted below:

1. PREVENTION OF THEFT THROUGH ACCOUNTABILITY MEASURES

If there is anything that is certain to occur in the shipping industry, it is theft. In fact, the issue of freight theft is so bad that in the U.S., up to $30 billion is lost annually in the process, according to the FBI. As a result, sellers must raise their prices to make up for the loss, and this translates to more expenses for the consumers. Goods can cost up to 20% more than average rates in these cases, added to the losses caused by expenses due to broker fees.

Unfortunately, the way the industry is currently set up, there is very little accountability when goods are stolen. Ownership is highly distributed and the issue of who to hold accountable can be highly confusing. Since ShipChain’s blockchain functions in the form of a decentralized ledger that is tamper-proof, it is easier to view chains of ownership.

Blockchain networks also have no single point that they can be hacked from, since every user on a network, holds a copy of it. This can prove invaluable in the case of fraud and manipulation of records. In the case of theft, direct process links can be traced to find out which point was compromised and those responsible can be held accountable.

Blockchain technology can also provide a better way for traders and their customers to track their goods from one point to another. This is especially necessary where there are multiple stops between the delivery and collection points. Through this improved visibility, shippers can conduct business easily and convey important cargo-related information to other stakeholders.

The immutability of the Ethereum blockchain which ShipChain uses, ensures that once records concerning cargo are logged, those entries cannot be changed. Estimates pertaining to various costs and delivery time can be made easily and smart contracts can be used to conduct escrow as a result of efficient tracking. This saves time and resources that would otherwise go to the middlemen.

The startup’s larger partners will be able to run their own sidechains, off ShipChain’s protocol. Their system will also house an open marketplace which will connect shippers, carriers and other stakeholders.

To make it easier for anyone in the industry to use the service, the company will have its own open API architecture which can be integrated with freight management software. The entire supply chain is recorded from the starting point to final delivery in a way that is transparent and immutable.

As soon as an order for a shipment is placed, a smart contract which includes delivery information and unique signatures for that shipment is initiated. This contract cannot be completed until final delivery is made. Users who hold valid copies of the information will have the ability to confirm the validity of the contract on the Ethereum blockchain. Depending on preference, the information can also be stored on a sidechain.

It goes without saying that the future of the shipping industry may lie heavily in blockchain. Even in these early developmental stages of the technology, it is apparent that it may hold the key to efficient supply chain management. Although moves are being made to change the industry, there is a lot of work that needs to be done. The currently existing infrastructure is a breeding ground for fraud, theft as well as loss and it will take the joint effort and commitment of several large players to change it. This is because the global shipping industry is so connected through trade.

If done properly, the industry may give up its crumbling architecture and embrace a new, more efficient blockchain-driven future. As it stands, startups like ShipChain are leading the charge on those grounds by creating and testing new and exciting logistical applications of the technology.

SHIPCHAIN IS CHANGING THE SHIPPING INDUSTRY