As the cryptocurrency space gains traction and Bitcoin matures, consider yet another type of digital currency, Ethereum. It’s the second most popular with investors and also uses Blockchain technology. 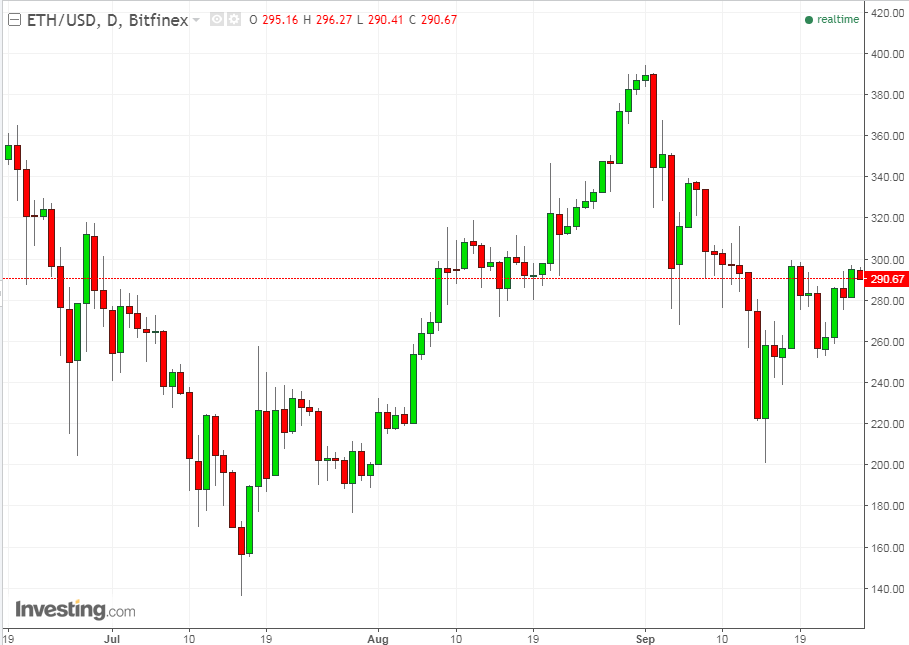 What distinguishes Ethereum from Bitcoin is the technology behind Ether, the unit of cryptocurrency used on the Ethereum blockchain. As well, Ethereum relies on ledger technology, a decentralized type of database that’s spread across multiple sites, regions and participants. In addition, there are two different types of Ether: Ethereum and Ethereum Classic.

Earlier this year the U.S. Securities and Exchange Commission (SEC) moved in on the “Wild West” world of Initial Coin Offerings (ICOs), announcing that virtual tokens like the ones sold by the decentralized autonomous organization (DAO) are securities and subject to federal securities laws. The DAO is run through rules encoded as computer programs called smart contracts. One important distinction to emerge in the recent report was that while DAO tokens are securities, Ether is still in the clear.

Ned Scott, CEO of social network Steemit explains that Ethereum is soaking up tons of value because of ICOs, which attract new capital that must go through the base currency, ether. Scott says:

“If the ICO craze sustains, then ether should be a huge beneficiary over the next several years and its value should increase several fold.”

There are a number of things to be aware of when considering Ethereum as an investment option. Perhaps the most significant factor right now is the upcoming Ethereum update in October which could impact prices further.

During September Ethereum was expected to undergo what’s been nicknamed a “Byzantium” upgrade, which should improve the network’s speed and functionality. However, this has been postponed by Ethereum founder Vitalik Buterin to mid-October.

“In the cryptocurrency industry, non-fundamental metrics can point to future proliferation of a network and in turn, the appreciation in price of the network’s native token. Ethereum is having a major update in October, and we expect the update to increase the functionality and security of the Ethereum Network.”

According to Gertler, the months leading up to Ethereum’s last major update, when the fork lead to a split and the creation of Ethereum Classic, were volatile. Can we expect this to happen again?

“Although past price performance relating to past network upgrades is no indication of future price performance, we see the forthcoming update as very positive for the health of the Ethereum ecosystem.”

Similar to the discussions surrounding Ripple, investors can’t help but wonder whether Ethereum will eventually overtake Bitcoin in popularity.

”Ether will overtake bitcoin as the market leader in under two years. Ethereum, the platform Ether lives on, has one advantage that distinguishes it from all other tokens including Bitcoin: An unstoppable network effect.”

Koverko explains that Ethereum has built a global network of developers and traditional businesses that have a stake in the success of the protocol. But more importantly, Ethereum has launched a standard called “ERC-20” that makes it easy for wallets and exchanges to easily ‘hook’ in to it and facilitates the launch of new token projects that can benefit from existing Ethereum integrations.

Alex Mashinsky, CEO of the Celsius Foundation, explains that like many, more-conventional assets, the price of Ether and other cryptocurrencies moves mostly based on news; it is estimated that currently, about seven million people worldwide have digital wallets containing Ether.

“For the past few years, every time bad news came out and digital currencies took a hit, they recovered bigger and better because more and more people are drawn to buy the coins, driving the price higher.”

“The recent ICO phenomenon has also provided a new catalyst for new members to join the digital currency industry and has absorbed billions of new capital inflows.”

”Effectively, Ethereum has the potential to not just provide the primary operating system for the new generation of the decentralized internet, but it also has the potential to forward integrate and become a public facing entity that serves as the primary point of contact between customers and DApps [Decentralized Apps]. In that scenario, its positioning would be similar to that of Apple (NASDAQ:AAPL) and Google (NASDAQ:GOOGL), which the price point of Ether will reflect.”

Ethereum, like Bitcoin before it, is a fast maturing cryptocurrency. It currently has a market cap of $27.8 billion.

Ethereum: Here's What To Watch For