Ether (ETH), the native currency of the Ethereum platform and the third largest cryptocurrency by market cap, reached a new all-time high today, trading at $914 earlier this morning. At press time Ether was trading at an average of $889 and boasting a 16.26 percent increase in price in the past 24 hours. Ether’s price had been fluctuating between $200-$400 since May 2017. The altcoin’s steady upward growth started in mid-December 2017, and the coin hit its previous record high of almost $880 on Dec.19, according to coinmarketcap.com. 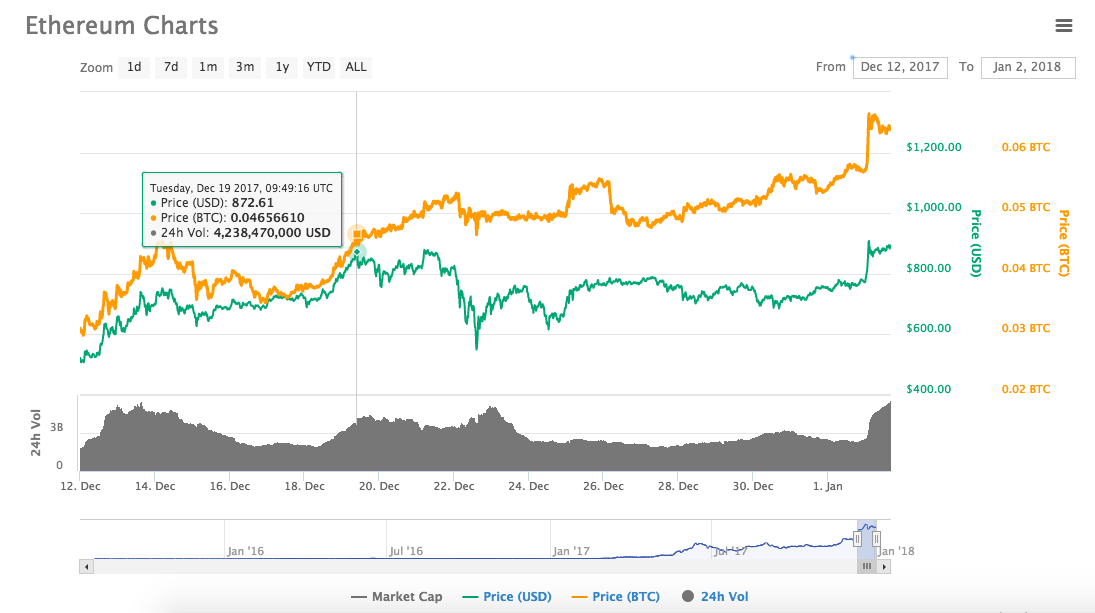 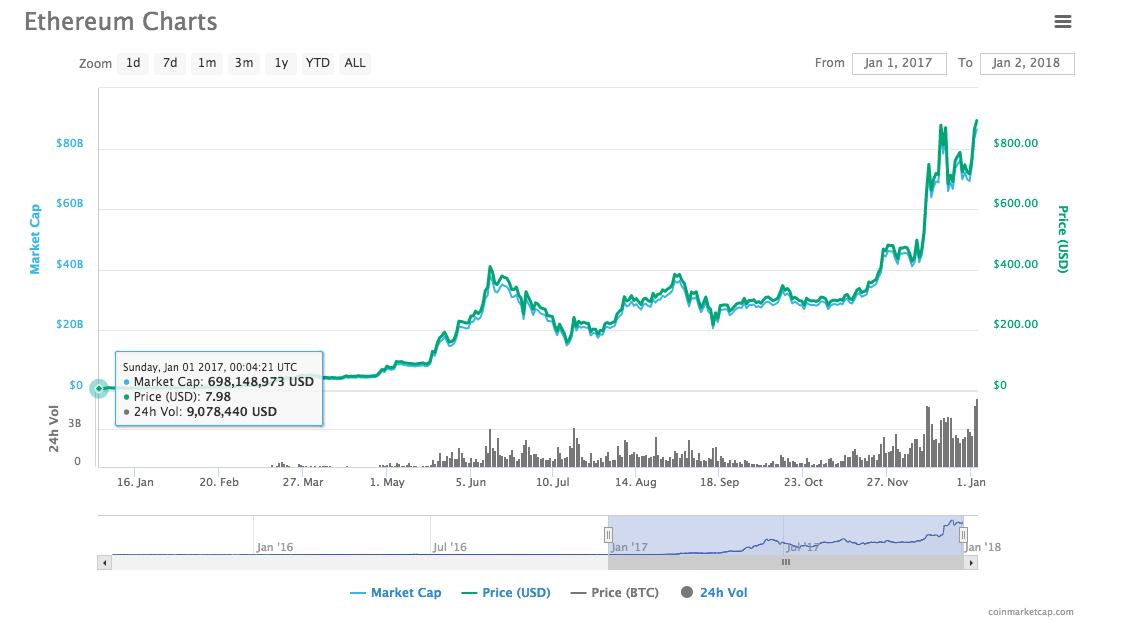 Meanwhile, the entire cryptocurrency market is seeing growth today, with most of the top 20 altcoins showing 24-hour increases, several around 30 percent and one as much as 83 percent. Bitcoin (BTC) is showing a humble 4.25 percent price increase, and BTC dominance hit an all-time low today of 35.9 percent.