Price data from Coinmarketcap shows Bitcoin losing around $400 in three hours to hit $9658, recovering slightly to trade around $9900 at press time. 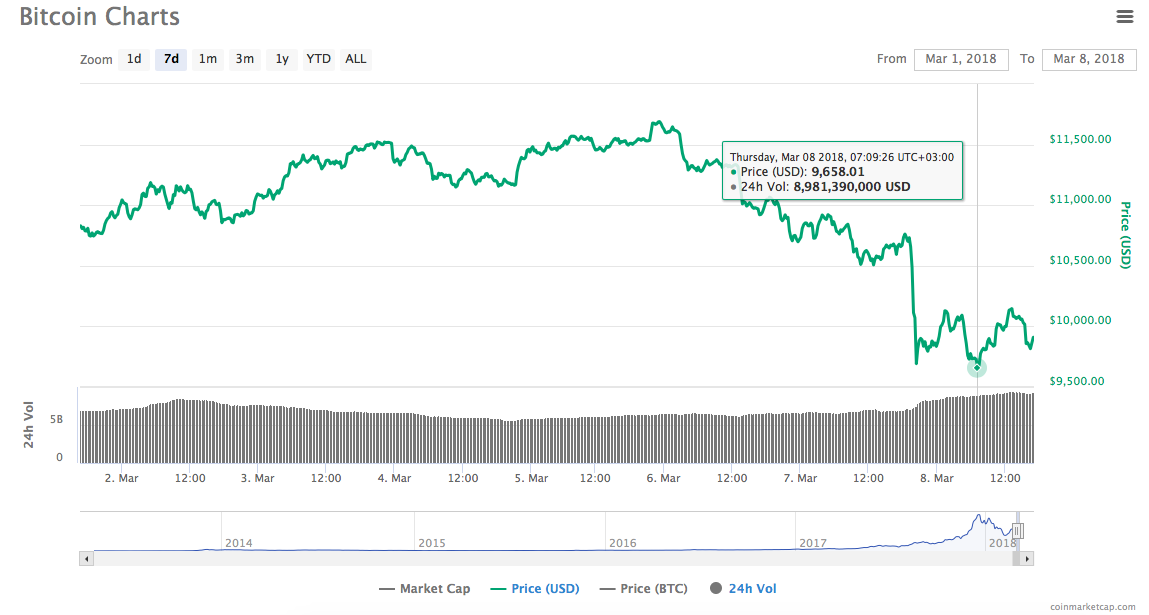 The behavior continues what has become a pattern for BTC/USD over the past month, with upticks towards $12,000 encountering resistance before diving below $10,000, then repeating the cycle.

As Cointelegraph reported previously, several analysts have warned that closing above $12,400 will be a decisive event for traders, but this will be difficult to achieve.

One of them, Tone Vays, similarly urged caution this week when Bitcoin closed above its 50-day moving average price for the first time since January.

Despite Bloomberg commenting on the event as being the technical signal Bitcoin bulls had been “waiting for,” Vays said there was still a chance prices could drop steeply to remain below the 50-day average as that level itself continued to drop.

Separate news that prices may have been impacted considerably since all-time highs in December 2017 due to Mt. Gox Bitcoin sales continues to surface this week.

Looking at assets tracked by Coin360, some remained stable (Ethereum Classic), some dropped less than BTC against the dollar (Ethereum, Ripple) while others posted bigger losses (Dash, Cardano, Monero).